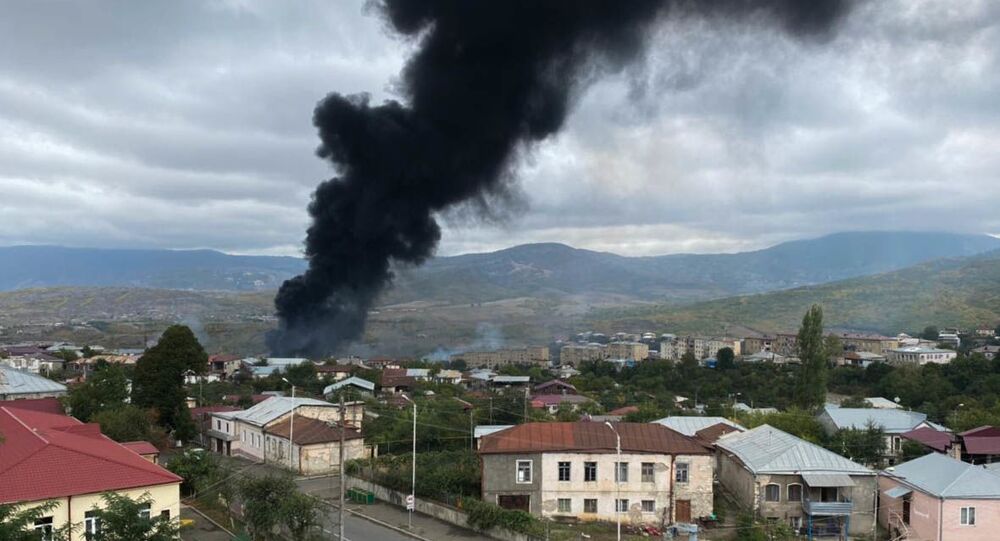 A fresh round of hostilities in the Armenian-dominated Nagorno-Karabakh region, a self-proclaimed republic that declared independence from Azerbaijan in the 1990s, broke out slightly over a week ago when Yerevan and Baku accused each other of violating the ceasefire and carrying out provocations along the line of contact.

The fresh tensions between Armenia, the unrecognised Republic of Artsakh (Republic of Nagorno-Karabakh), and Azerbaijan have shown no signs of abating as it's been eight days since new clashes erupted in the region.

The international community, including the co-chairs of the Organisation for Security and Co-operation in Europe's Minsk Group – Russia, France, and the United States – have called on all parties in the conflict to agree to a ceasefire and begin peace talks, so far to no avail. Both sides have reported multiple casualties, including among civilians.

The Armenian side has said that Yerevan is ready to work with the Organisation for Security and Co-operation in Europe to re-establish a ceasefire in Nagorno-Karabakh, however, the Azerbaijani president has warned that Baku will use military means to resolve the issue if the negotiations are fruitless, stressing that the country must restore its "integrity".