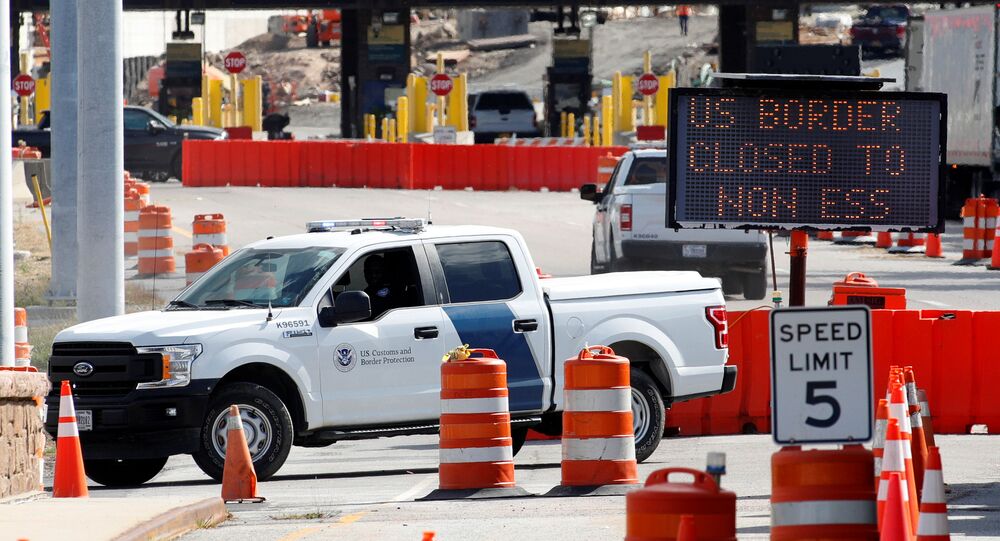 TORONTO (Sputnik) - Canada is extending the travel ban for foreigners until 31 October due to the novel coronavirus pandemic, Public Safety Minister Bill Blair said in a statement.

The order does not apply to some US nationals, temporary foreign workers approved by the federal government and other select individuals, including diplomats and flight crews.

"We are extending the existing restrictions on non-US international travel into Canada until 31 October 2020",  Blair said via Twitter on Wednesday.

The strict quarantine protocols upon entry in Canada will remain in place. As of 25 March, Quarantine Act violators may be subject to a fine of up to $537,000 and/or a prison sentence in the duration of six months.

In addition, if a violator is found to have contributed to a risk of death of another individual, they can be subject to a fine of up to $720,000 and/or a prison term of three years.

In mid-March, Prime Minister Justin Trudeau announced that the government is halting the entry of most foreign citizens into Canada.