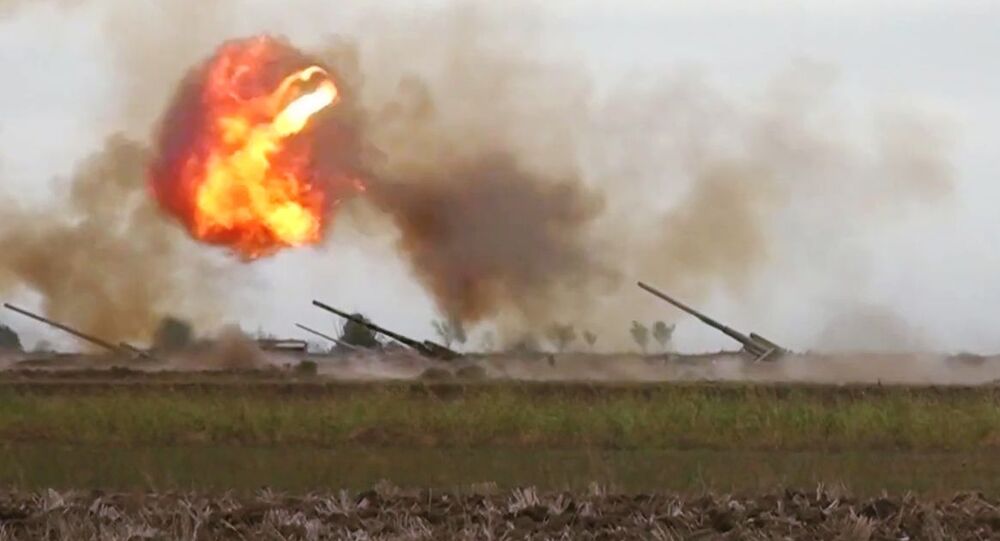 Russia Warns Against Use of Mercenaries in Karabakh Conflict, Calls for Their Immediate Withdrawal

The Armenia-Azerbaijani standoff on Nagorno-Karabakh has grown worse since Sunday, with the two sides engaging in a mutual blame game over who is responsible for the aggression.

Moscow is concerned about reports of the transfer of illegal armed militants to the Nagorno-Karabakh conflict zone, the Russian Foreign Ministry said in a statement, asserting that Russia is against the move and calls for their withdrawal from the area without delay.

"We are deeply concerned about these processes, which lead not only to an even greater escalation of tensions in the conflict zone, but also create long-term threats to the security of all countries in the region", the statement says, adding that the ministry is calling on the leadership of both states "to take effective measures to prevent the use of foreign terrorists and mercenaries in the conflict".

The ministry brought up media reports about militants from Syria and Libya allegedly being transferred to the contested zone in order to participate in the local hostilities.

The clashes between Baku and Yerevan over the Nagorno-Karabakh region - a self-proclaimed republic in Transcaucasia that proclaimed independence from what was then Soviet Azerbaijan - have severely escalated since Sunday, with the sides blaming the aggression on each other and sharing countless videos of destroyed military vehicles.

The conflict dates back to 1991, which saw the Soviet Union collapse. The major military standoff in the region was halted in 1994, as Yerevan and Baku moved to start peace negotiations mediated by the OSCE Minsk Group.