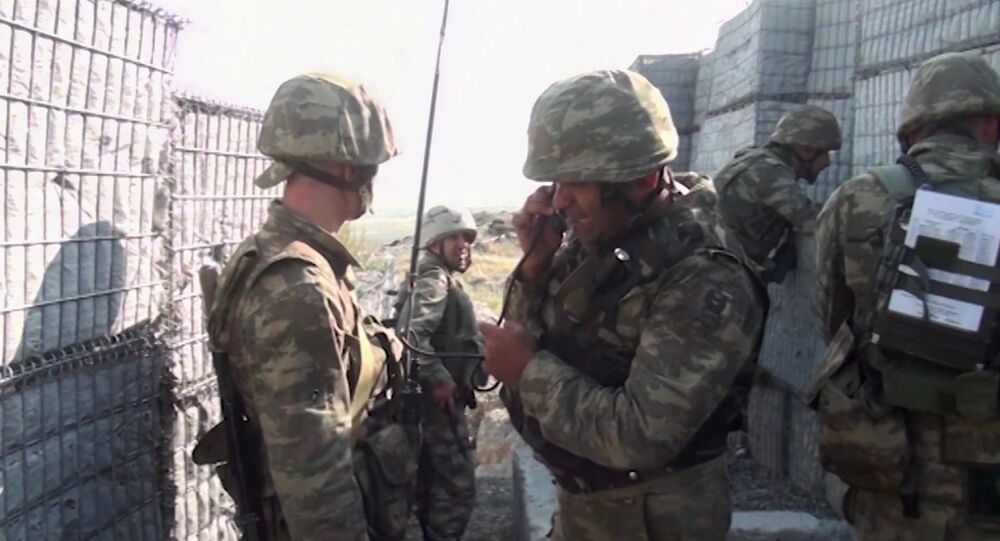 Last week, the situation escalated along the contact line of Nagorno-Karabakh, an Armenian-majority autonomy that proclaimed independence from Azerbaijan in 1991. Armenia and Azerbaijan waged war over the disputed territory until 1994, and since the end of the war both sides have been holding peace talks mediated by the OSCE Minsk Group.

Azerbaijan's Ministry of Defence accused Armenian forces of attacking the city of Terter on Monday, promising to retaliate in kind. The ministry also claimed that servicemen destroyed at least two Armenian tanks amid the recent clashes. At the same time, Yerevan said that Azerbaijan is continuing to attack the region using heavy artillery.

Military hostilities erupted between the two sides on Sunday along the contact line of Nagorno-Karabakh, an Armenian-majority autonomy that proclaimed independence from what was then Soviet Azerbaijan in 1991, with each side blaming the other for putting civilian lives in danger.

Multiple casualties have been reported by both sides. Armenia and Nagorno-Karabakh declared martial law and general mobilisation on Sunday, while Azerbaijan declared partial martial law, but refrained from mobilisation.

Numerous countries and international organisations, including the United Nations, have called on the conflicting parties to immediately cease fire and return to an OSCE-facilitated dialogue without preconditions.