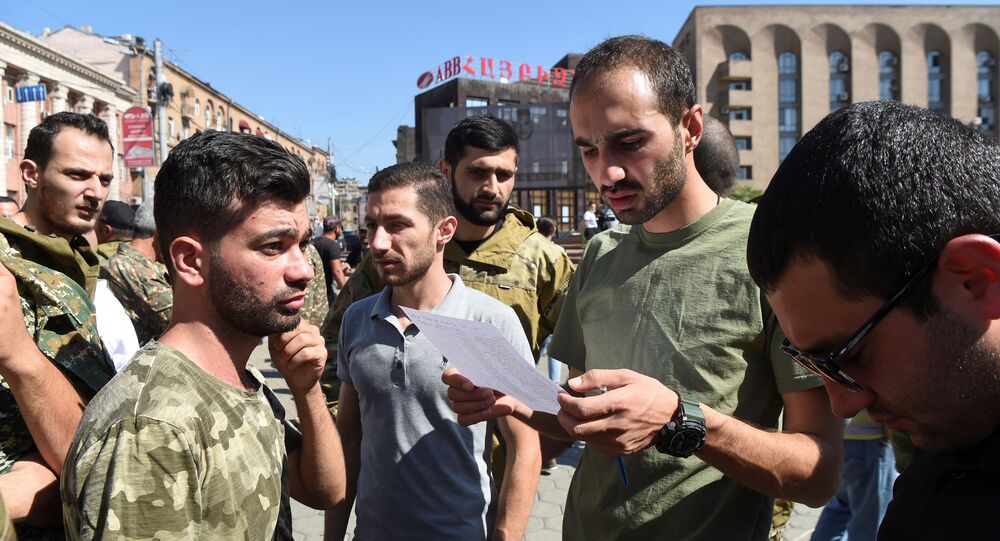 Martial law has also been declared in the unrecognised breakaway Republic of Artsakh (Nagorno-Karabakh Republic); Azerbaijan declared martial law only in some of its regions.

As armed clashes between Armenian and Azerbaijani forces erupted in Nagorno-Karabakh, the Government of Armenia has declared martial law in the country.

"Based on a decision by the Government, martial law and full mobilisation have been declared in the Republic of Armenia. These decisions take effect immediately after official publication. I urge all personnel attached to the military to report to their territorial military commissions," the country's Prime Minister Nikol Pashinyan announced in a Facebook post.

This is how the new state of affairs is expected to affect the situation in Armenia and the daily life of its citizens:

- A full mobilisation is declared in the country;

- A plan for the deployment of Armenia's armed forces goes into effect;

- Armenian military, as well as civil defence forces and emergency services, put on a wartime footing;

- Reservists of officer, NCO and private ranks, younger than 55, are drafted into service;

- Armenia's defence minister ensures the mobilisation of reservists, as per the existing plans; and

- Entities obliged to provide transport vehicles to the military do so, in accordance with the procedure established by law and as per the armed forces' needs.

Martial law and mobilisation have also been declared in the unrecognised breakaway Republic of Artsakh (Nagorno-Karabakh Republic).

Tensions in the Nagorno-Karabakh region mounted on 27 September, as armed clashes between Armenian and Azerbaijani forces broke out along the line of contact early in the morning.

Azerbaijan and Armenia have been vying for control of the Nagorno-Karabakh since the early 1990s, with the latest armed clashes in the region breaking out in July, with both sides reporting casualties.