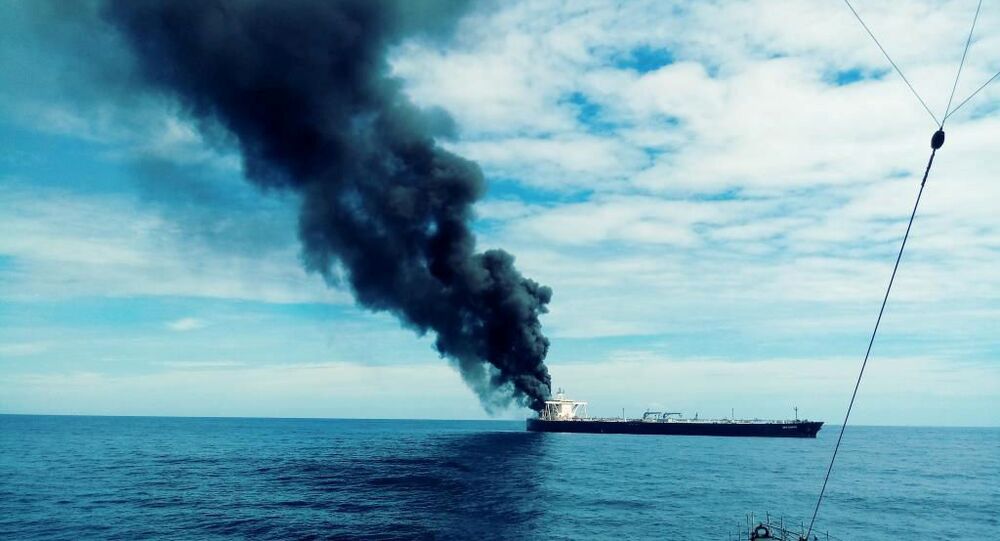 A fire erupted after an explosion of a boiler in the main engine room of MT New Diamond, and is still raging on, according to the navy.

A crew member missing in crude carrier New Diamond off Sri Lanka has been presumed dead, the Sri Lanka Navy said on Friday.

The fire is still raging on board the oil tanker, but no oil spill has been identified so far, the navy said. One member of the crew has been injured and brought to Sri Lanka, Navy spokesman Captain Indika de Silva said.

Apart from the Sri Lanka Navy, the Sri Lanka Air Force, Sri Lanka Ports Authority, Indian Navy, and Indian Coast Guard are at the scene trying to distinguish the fire.

The New Diamond was travelling from Kuwait to the Indian port of Paradip, fully loaded with the equivalent of about 2 million barrels of oil.