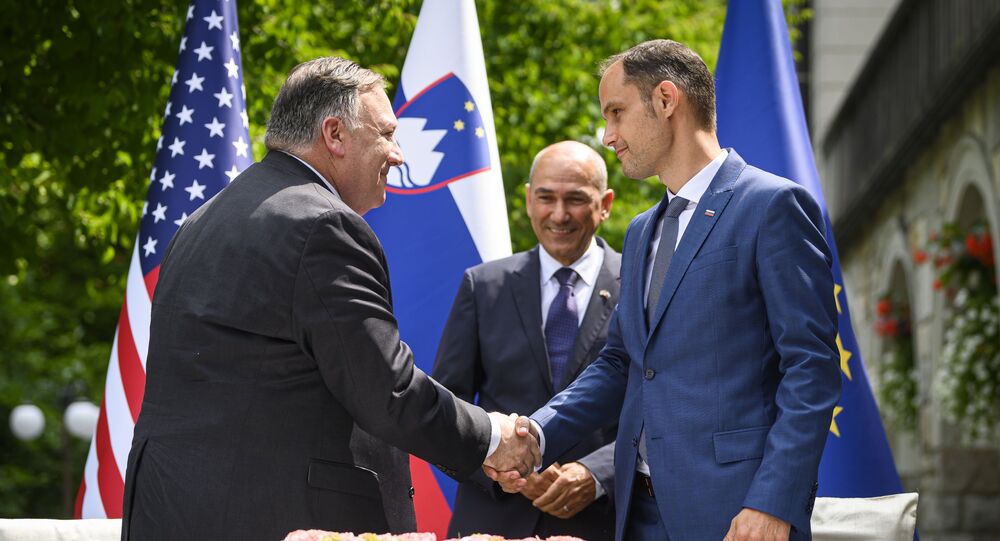 Slovenia, US Sign Declaration on Security of 5G Networks

MOSCOW (Sputnik) - Slovenian Foreign Minister Anze Logar and US Secretary of State Mike Pompeo on Thursday signed a declaration on 5G security, which will likely exclude China's Huawei from the development of new-generation internet networks in the Central European country.

Pompeo is in Slovenia as part of a working tour in Central and Eastern Europe from 11-15 August. The other countries on the visit's agenda include the Czech Republic, Austria and Poland.

The declaration commits Washington and Ljubljana to "a rigorous evaluation of suppliers and supply chains" with consideration of "the rule of law, the security environment, ethical supplier practices and a supplier's compliance with security standards and best practices" when developing their 5G networks, according to the press release.

The Slovenian ministry assesses that the declaration "reflects the importance that both countries attach to implementing the [2019] London Declaration ... in which NATO and Allies committed to ensuring the security of their communications, including 5G."

The United States has already signed similar declarations with several other European countries, including Poland, the Czech Republic and Estonia, among others. This prompted opinions that Pompeo's current tour in Central Europe is to further push for the 5G security agenda as part of Washington's mobilisation of international backing in the economic strife against China.

Several countries have already been convinced by the US allegation that Huawei is colluding with the Chinese government and subsequently banned the tech giant from 5G state contracts, fearing espionage and other risks for national security.