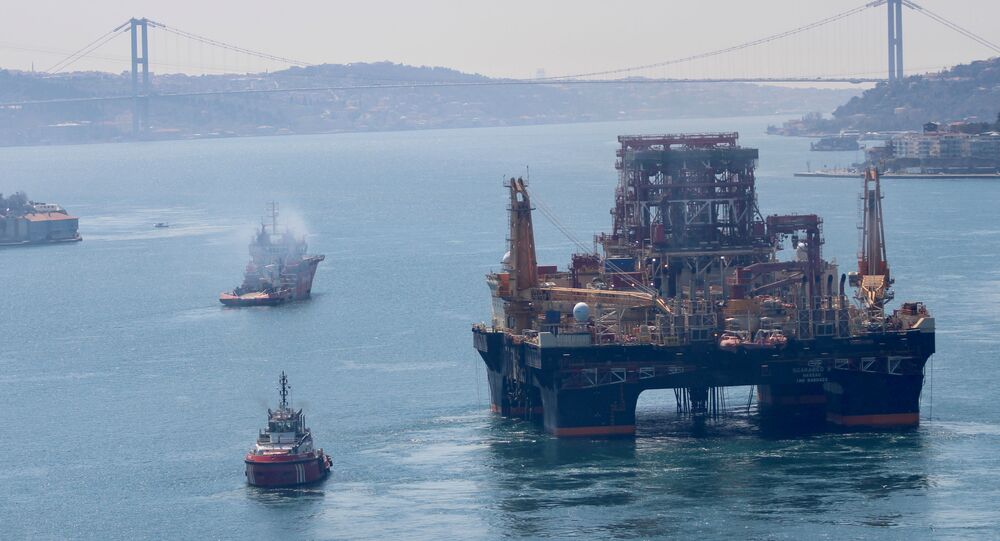 ANKARA (Sputnik) - Turkey will continue to explore the seabed of the Eastern Mediterranean in search for hydrocarbon reserves, Turkish Energy Minister Fatih Donmez said on Wednesday on the backdrop of renewed escalation with Greece, which considers the area of drilling part of its own exclusive economic zone.

"Our vessel Oruc Reis is carrying out exploration of waters. By August 23, 1,750 kilometres [1,087 miles] of seismic cable will be laid", Donmez said on Twitter.

Sputnik has learned from a spokesperson of the Turkish Energy Ministry that the current stage of exploratory works involves a general two-dimensional scanning of the seabed.

"After it, we will analyse the findings and, if necessary, explore separate areas in more detail", the spokesperson said.

As Turkey's Oruc Reis research vessel began drilling in Greek-claimed waters in the Mediterranean on Monday, Greece has mobilised its armed forces to high alert and vowed to protect its sovereign rights by all necessary means, including military.

© REUTERS / Murad Sezer
Turkey Restarts Gas Drilling in Eastern Mediterranean as Hopes for Talks With Greece Collapse
The Turkish-Greek tensions over the drilling in the Mediterranean have been brewing for many months and got a new impetus last week as Athens signed an agreement with Egypt on the delimitation of maritime zones to reassert its sovereignty claims.

Turkey, on the other hand, signed an agreement with similar provisions with Libya last year to appropriate a lion's portion of the Mediterranean waters that Greece considers part of its exclusive economic zone. Greece has slammed Turkey's modified map of maritime borders as an infringement on its sovereign rights.