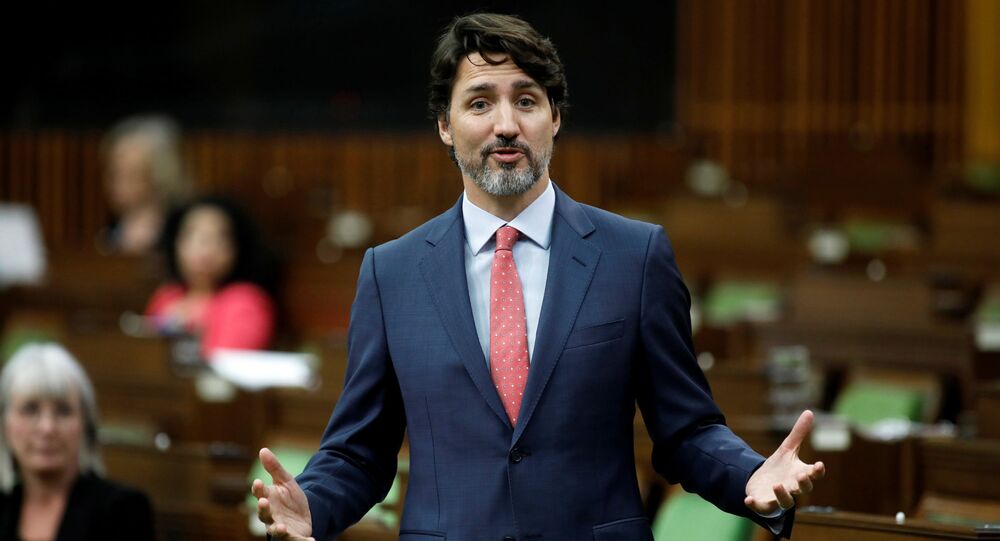 TORONTO, Canada (Sputnik) – Canadian Prime Minister Justin Trudeau did appear at a WE Charity-organized event in 2017 but was not aware of any remuneration for speakers, Press Secretary Alex Wellstead said in a statement to Sputnik.

The National Post reported on Wednesday that the WE Charity was asked by Trudeau and a government department to host a WE Day event during Canada Day weekend festivities in 2017, at a reported cost of $870,000 and where the prime minister’s mother, Margaret Trudeau, was a speaker and may have been paid speaking fees.

WE Charity has not responded to a request for comment.

Trudeau and Finance Minister Bill Morneau have incurred criticism after multiple investigative pieces revealed close ties between their families and the WE Charity, which was awarded a $670-million sole-source contract to administer a government-sponsored student volunteer program.

© AFP 2020 / DAVE CHAN
Canada's Prime Minister Justin Trudeau and his wife Sophie Gregorie Trudeau arrive for The Throne Speech at the Senate of Canada on December 5, 2019 in Ottawa.

The Rebel News also revealed that WE Charity founders Craig and Marc Kleinberg have given donations to Trudeau and the Liberal Party of Canada.

Last week, Barrett called for a police investigation into the relationship between the Canadian government and the charity and that an investigation has to also uncover which other cabinet members knew of the alleged wrongdoing.

The prime minister has said that he does not intend to step aside and deputize Deputy Prime Minister Chrystia Freeland to lead the government in the interim as has been suggested by Bloc Quebecois leader Yves-Francois Blanchet.