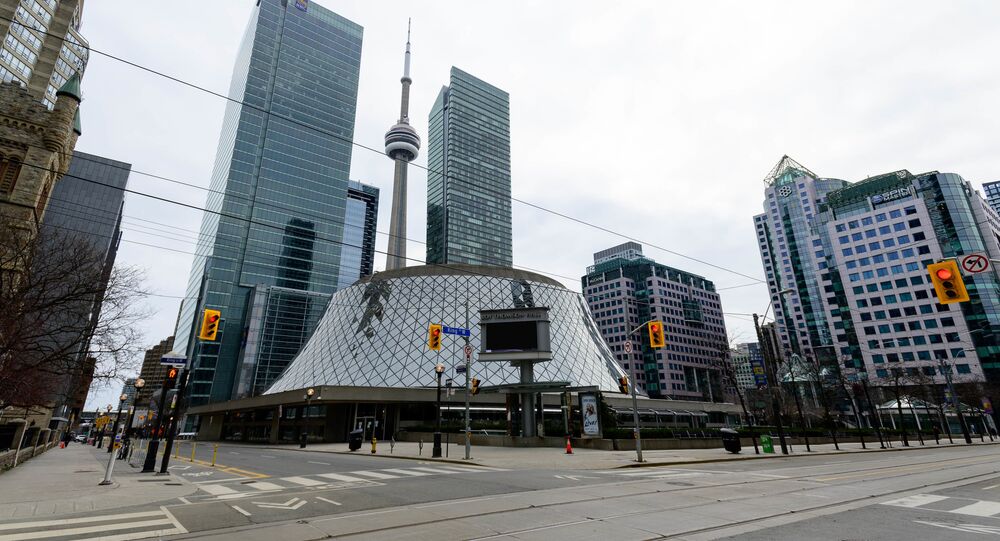 TORONTO (Sputnik) - The Canadian federal deficit is projected to soar to a record-high $254.19 billion in the fiscal year 2020-21, the Economic and Fiscal Snapshot 2020 revealed on Wednesday.

The deficit, which is expected to rise to nearly 16 percent relative to the Canadian economy, comes after a $170.28 billion government spending spree in response to the novel coronavirus pandemic. The federal debt is expected to increase by nearly 57 percent from $566.6 billion to $890 billion next year.

"Coupled with the severe deterioration in the economic outlook, these result in a projected deficit of $343.2 billion [US$254.19 billion] in 2020-21", the report said. "Taking into account the projected decline in nominal GDP, the federal debt-to-GDP ratio is projected to rise to 49.1 per cent in 2020-21".

The announcement defied the worst of expectations, with the Office of the Parliamentary Budget Officer projecting a $188.22 billion deficit in the upcoming fiscal year and opposition parties bracing for a $220 billion hit.

The anticipated deficit represents a 1,633 percent rise over the $14.66 billion budget shortfall in the fiscal year 2019-20 and 181-fold rise from the $1.41 billion surpluses the Trudeau government inherited from the previous government in 2015.

The government also estimates that the economy will contract by 6.8 percent in 2020, with the worst of the losses coming in the second quarter, before rebounding to a growth rate of 5.5 percent in 2021.