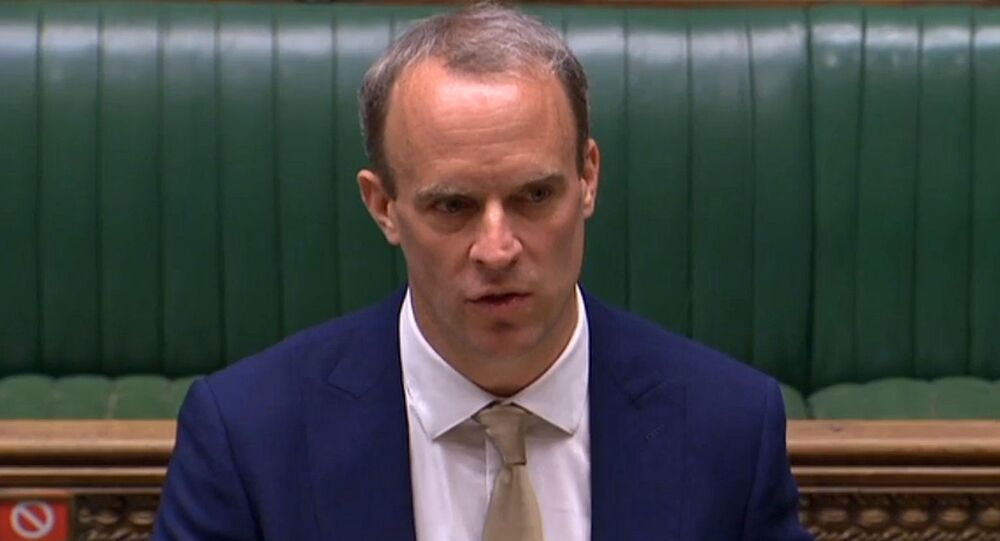 Earlier in the day, the Chinese envoy to the UK said that "the UK has no sovereignty, jurisdiction or right of supervision over Hong Kong."

"This isn't a gross interference in domestic affairs... It's a matter of trust and lots of countries around the world are asking this question: does China live up to its international obligations?" Raab told Reuters.

Earlier on Monday, China's envoy to the UK, Liu Xiaoming, warned Britain against "making China a hostile country" and adding that "the UK has no sovereignty, jurisdiction or right of supervision over Hong Kong."

Britain has been opposing the adoption of the new Hong Kong Security Law, which was passed by the National People’s Congress in late June and bans secessionist, subversive, and terrorist activities, as well as any form of foreign interference in Hong Kong. UK Prime Minister Boris Johnson said that the new Hong Kong Security Law violated the Sino-British Joint Declaration of 1984.