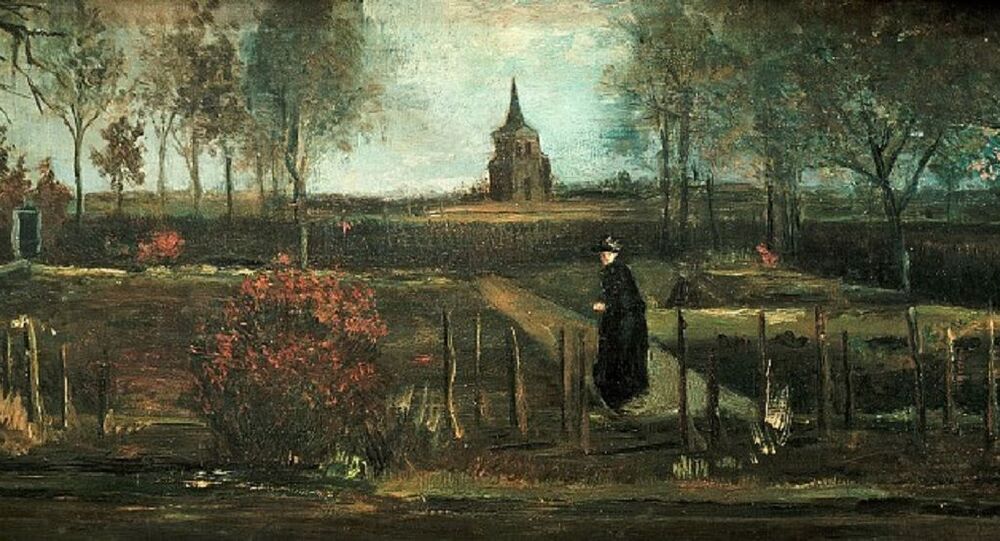 Hostage-like photos have emerged of a stolen painting by Dutch artist Vincent van Gogh, with an art detective warning that the thief is likely to be looking for a buyer.

Dutch detectives are investigating two apparent “proof of life” photographs of a Van Gogh painting stolen from the Netherlands’ Singer Laren museum in North Holland in late March, while it was locked down due to the COVID-19 coronavirus. Its worth is estimated at £5.3 million by AFP.

Photos of the stolen painting recently began circulating in the criminal underground. Art detective Arthur Brand shared the images on his Twitter account after they were sent to him.

Breaking: Proof of life of the #VanGogh recently stolen in Laren. Remarkable picture circulating in maffia-circles. My theory that this was a copycat of the 2002 Van Gogh-robbery by Octave Durham seems even more likely now: his book is next to the painting... pic.twitter.com/30Oq2oE6I5

The photos appear to show Van Gogh’s painting “The Parsonage Garden at Nuenen in Spring” alongside a copy of the New York Times published on May 30, 2020.

“This is good news,” Brand told Artnet News regarding the image. “Sometimes criminals get nervous when they can’t immediately sell a work or they think police are on their tail and they destroy it.”

Brand had to rely on an inside source from his network, whose identity he didn’t wish to disclose, to get his hands on the images, which he said are making the rounds in mafia circles. The art detective also stated that it is unlikely that the thief is trying to ransom the painting, but rather is probably trying to find a buyer for the stolen item.

The detective has helped uncover other valuable stolen artworks in the past, including a Picasso portrait and a pair of medieval stone reliefs. According to them, the theft shows signs of being an “absolutely professional” operation, particularly since the thief distributed an image of the back of the painting, which often contains information that only the owners would know about, making it clear that the art is not a forgery.

Brand said that famous stolen artworks are extremely difficult to sell on the black market, and that Van Gogh’s “The Parsonage Garden at Nuenen in Spring” would net the thief only a small portion of its market worth in an illegal deal.