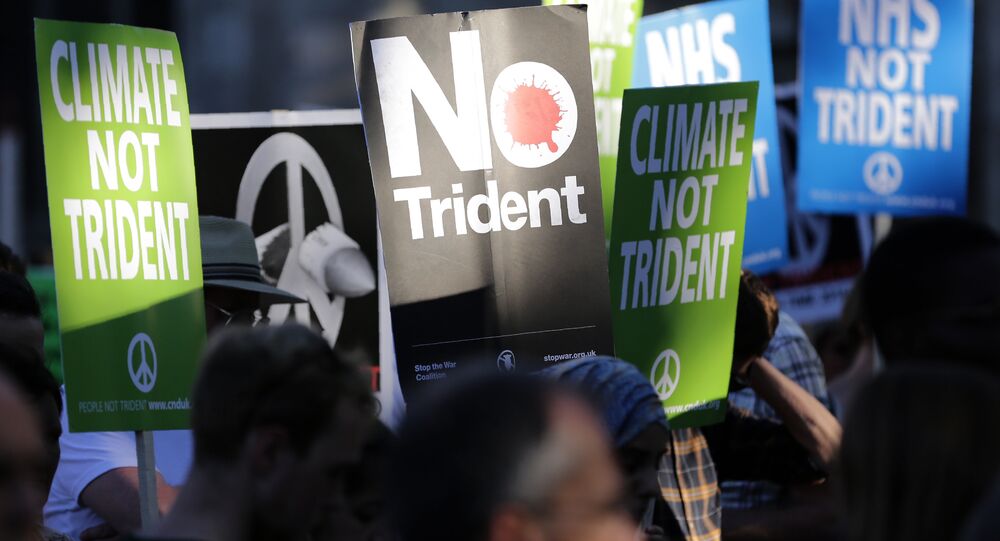 Despite being the global epicentre of COVID-19 cases and deaths, the world's leading nuclear power accounted for roughly half of total global spending on nuclear arms, a shock report from a major Swiss nonprofit coalition found.

The report, entitled Enough Is Enough: 2019 Global Nuclear Weapons Spending, found an increase of nuclear weapons spending in 2019, up $7.1bn from 2018.

But the United Kingdom was the third highest spender at $8.9bn after the US and China at $35bn and $10.4bn, respectively, according to the report.

“It is absurd to be spending $138,700 every single minute on weapons that cause catastrophic human harm rather than spending it to protect the health of their citizens. They are abdicating their duty to protect their people,” ICAN executive director, Beatrice Fihn, said in a statement.

Nuclear arms were banned by the Treaty on the Prohibition of Nuclear Weapons (TPNW), which the UN will enforce after all participating 50 nations ratify or accede the document, effectively criminalising such expenditures under international law.

But the figures only included direct spending on nuclear warheads and delivery systems costs for operation and deployment, with real numbers skyrocketing after factoring in costs due to environmental damage and victim compensation, with ICAN calling on governments to remain transparent in disclosing expenses, the statement read.

International Campaign to Abolish Nuclear Weapons (ICAN)
A new report has found nuclear-armed states spent a record $73 billion on nuclear weapons in 2019, a $14 billion increase from 2018 expenditures. The United States, the center of the global coronavirus pandemic, accounted for nearly half of that spending.

Alicia Sanders-Zakre, author of the report, said: “The figures do not include the massive humanitarian costs and the environmental toll from a legacy of nuclear testing and production. Even in the unlikely chance these weapons are never used, governments are paying massive sums to poison their environments and put their people at grave risk.”

The news comes as British MPs slammed the Ministry of Defence for wasting £1.3bn ($1.6bn) on upgrading the country's nuclear Trident programme, which is currently six years behind schedule. Costs were estimated at £2.5bn for the three upgrade programmes, which have spiked an additional £1.35bn, according to reports.