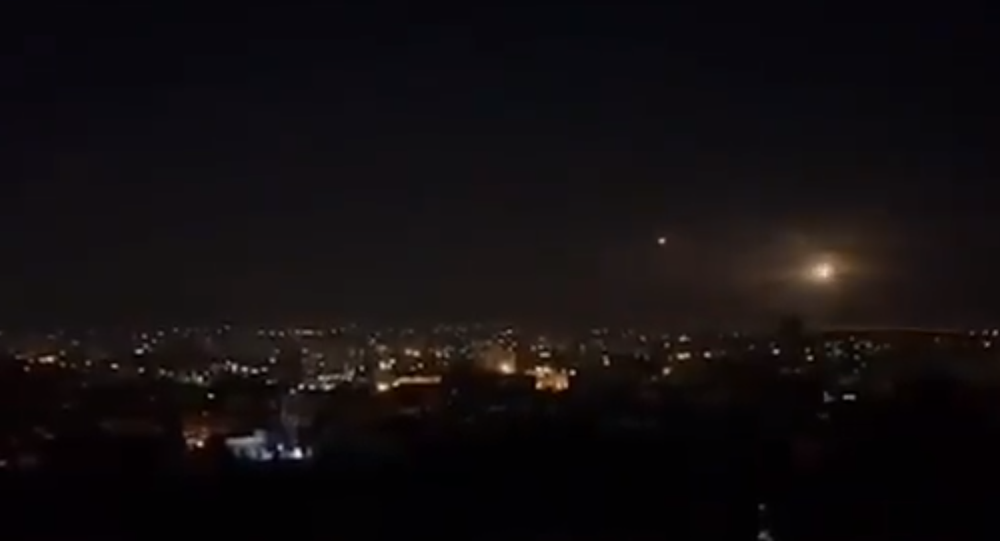 Three civilians have been killed as a result of an alleged Israeli strike on Syria that was conducted earlier on Monday, SANA news agency reported.

Residential buildings in the settlements of Hujeira and Adliyah were hit, the agency specified.

Earlier in the day, unconfirmed reports suggested that the strikes hit territories in the vicinity of Sayyida Zainab belonging to the Lebanese Hezbollah militia and the Iranian Quds Force.

Airstrikes are frequently registered in the region, the most recent reported by SANA on 20 April, as the nation's air defence systems "repelled an attack by the Israeli air force in the skies over Palmyra, downing several hostile projectiles".

© AP Photo / Ariel Schalit
At Least 9 Reportedly Killed in Alleged Israeli Attack on Syria
According to a report by the Israeli outlet, The Jerusalem Post, the air raid targeted the Syrian Arab Air Force's Tiyas military base, also known as the T-4 Airbase. The country's defence forces, however, didn't comment on the strike at that time.

Damascus has accused Israel on a multitude of occasions of conducting illegal air raids on the Arab Republic, urging the international community to pressure Tel Aviv on the issue. The latter, however, only claimed responsibility for some of these airstrikes.