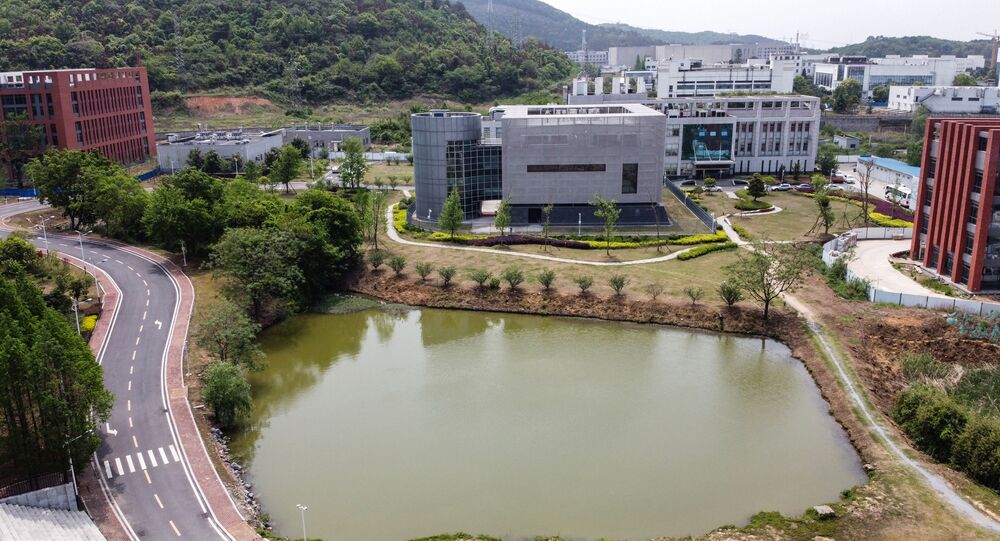 France Points to Lack of Facts to Back up US Media Claims of Link Between COVID-19, Wuhan's P4 Lab

This week, US media outlets reported on alleged lax biosafety and security measures at Wuhan's P4 laboratory, with some accusing China of attempting to "cover up" the outbreak, supposedly after the COVID-19 virus leaked from the lab.

France does not possess any facts to corroborate recent US media claims on a potential link between the new coronavirus and the work of the Wuhan P4 biolab, a source in the Elysee told Reuters on Friday.

"We would like to make clear that there is to this day no factual evidence corroborating the information recently circulated in the US press about a link between the origins of COVID-19 and the work of the P4 laboratory in Wuhan, China," the source in the French presidency said.

Earlier, US media outlets including the Washington Post and Fox News reported, citing sources, that the P4 lab at the Wuhan Institute of Virology could be the point of origin for the new coronavirus.

Commenting on these explosive allegations, US officials said that Washington was in the process of carrying out "a full investigation" into how the virus was spread. In his daily press briefing on Wednesday, President Trump said "more and more, we're hearing the story." On Friday morning, Vice President Mike Pence said the US would be pressing Beijing to let foreign scientists into the Wuhan Institute "so that we can determine precisely where this virus began."

China's Foreign Ministry blasted the Trump administration regarding its claims on Friday, accusing Washington of attempting to shift the blame to China amid the US's own lackluster response to the pandemic.

Chinese Foreign Ministry spokesman Zhao Lijian, who previously suggested last month that COVID-19 may have been brought to China by the US Army, blasted US media and official discourse, suggesting that the claims about the Wuhan P4 lab were designed "simply to confuse the public, divert attention and shirk responsibility." He stressed that China has said "many times that tracing of the virus's origin is a serious scientific issue and requires scientific and professional assessment."

According to Fox News' sources, the deadly virus was likely accidentally released amid Chinese attempts to prove its capability to identify and combat deadly viruses on a par with the United States. One of the outlet's sources called the COVID-19 leak and the Chinese response to it "the costliest government cover-up of all time." Others alleged that previous reports on the virus originating in Wuhan's wet market was really a Chinese government effort to 'deflect blame' from the P4 lab. Previously, the Washington Post reported, citing State Department cables, that the lab had lax safety standards going back to at least early 2019.

The Wuhan P4 lab (P4 indicating the lab's Pathogen or Protection level, with 4 being the highest designation) became the subject of international attention earlier this month, including amid reports that the US National Institutes of Health, a US government agency, gave the lab $3.7 million in grant money to conduct experiments on bats to examine how coronaviruses are transmitted. Commenting on these figures, Florida Republican Congressman Matt Gaetz said he was "disgusted to learn that for years the US government has been funding dangerous and cruel animal experiments at the Wuhan Institute, which may have contributed to the global spread of coronavirus, and research at other labs in China that have virtually no oversight from US authorities."

The stakes could scarcely be higher in assigning blame amid the back and forth claims between the world's superpowers on the origins of the deadly novel coronavirus, which globally has claimed over 147,000 lives, infected over 2.1 million people, and sent the global economy crashing to a halt.