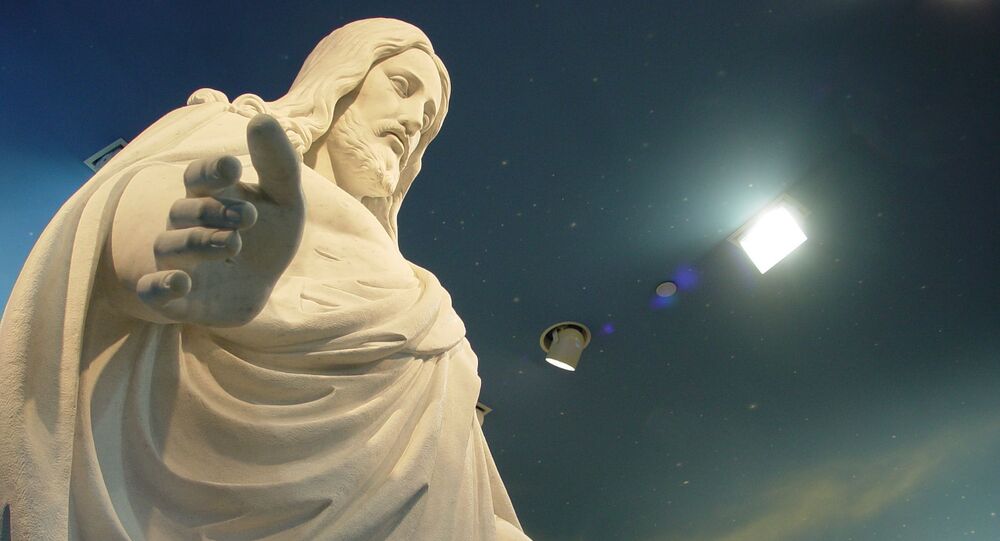 In his call for a prayer on the Holy Saturday, the archbishop specifically pointed out that “there is no need to go out, or to breach any of the laws currently in force”.

While doctors and medical research personnel across the world work tirelessly to contain the COVID-19 pandemic and to develop a vaccine for it, a prominent Catholic clergyman has apparently suggested to appeal to the divine in these troubled times, the Daily Mail reports.

According to the newspaper, Archbishop Carlo Maria Vigano, who previously served as Vatican's representative to the United States, urged faithful via a message published by LifeSite to recite the "Exorcism against Satan and the Apostate Angels" while praying together on April 11, 2020 (the Holy Saturday), "so we can all fight together the common enemy of the whole human race".

Describing the current situation as "these modern times of terrible tribulation, when the pandemic has deprived Catholics of Holy Mass and the Sacraments", Archbishop Vigano argued that while people may stay locked inside their residences during the Holy Week, these calamities can't stop them from praying, adding that “there is no need to go out, or to breach any of the laws currently in force” in order to do so.

"I should like to ask all my brother Bishops and Priests to join me as I recite this Exorcism, knowing the power of this Sacramental - especially when it is recited together with all other Priests - to help the Church in Her fight against Satan", the clergyman wrote. "I should also like to recommend that all of you wear a stole, the sign of your Priestly power, and Holy Water. The great Mother of God, Mary Most Holy, terrible as an army set in array, and Saint Michael the Archangel, Patron of the Holy Church and Prince of the Heavenly Host, will help all of us".

An editorial note accompanying the archbishop's call on LifeSite, however, specifically points out that his message "is intended for clergy rather than laity, as he indicates".