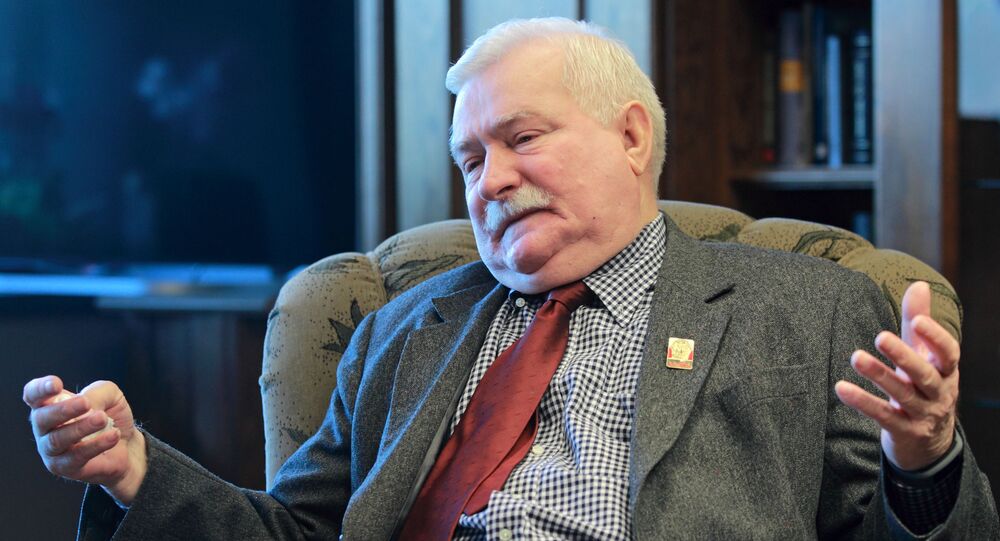 Lech Walesa, former leader of the Solidarity labour union movement and winner of the 1983 Nobel Peace Prize, served as Poland’s president between 1990 and 1995. In recent years, he has become an advocate for improved relations between Warsaw and Moscow.

Attempts to exclude Russia from discussions about the world’s future are mistaken and should be rectified, Lech Walesa believes.

“After the old philosophy about state governance ceased to exist, the era of the building of intellect, information and globalization appeared. But this philosophy is not driven by any programme and does not have any structure. It is so radically different that it demands a different kind of organization of different kinds of structures…Here, Russia is very much needed,” the former president said, speaking to Sputnik Poland.

At the moment, Walesa said, Russia is “not taking part in this big discussion. How are we to shape relations between states? How should we arrange global relations? Which subjects do we agree to treat at the global level? This is why our relations must change, and as soon as possible, so that Russia takes a more active part in this new construction [of international affairs].”

“Here, Russia is needed as a great, great state to make decisions on the main issues,” the former president noted. These, in Walesa’s view, include ideological questions. Arguing that the world rejected communism because it proved unworkable, Walesa suggested that capitalism has also created less than stellar outcomes, because “it is about racing against one another to see which state makes more money, who cheats whom. That’s why it’s been called the ‘rat race’, because it is a rat-race between countries.”

Discord Between Poland and Russia Only Benefits Others

Commenting on his country’s difficult past with Russia, Walesa suggested that the two nations need to settle debates about the past if they want to build a future together.

“First things first, let’s sort out the past. Let’s create groups to sort out historical questions. The past includes the liberation of Poland [during World War II], for which we are very grateful. But it also includes imposing communism on us, and that’s something that we did not want,” he said. “Until we resolve these issues, misunderstandings will remain, because everything has mixed up with everything else. That’s why there is no respect for that which should be respected. Until we do this we will continue to fight with one another as we do today.”

Calling the Polish government’s demands for “reparations” from Russia for World War II “absurd,” Walesa suggested that if Warsaw really sat down to count, it would turn out that neither side owes the other anything. He recalled, for example, that a count would need to include the 600,000 Soviet soldiers who laid down their lives liberating Poland during World War II.

Ultimately, Walesa stressed that only other nations profit from poor relations between Poland and Russia. “It’s simply essential that relations improve in the end. I have always said that when two fight, a third profits. And in our current relations both Russia and Poland lose, while others benefit. It’s always closer to Gdansk or from Warsaw to Moscow than it is to Washington. So we are destined to be together. God decided it that way.”

Commenting on his attitudes toward the strengthening of the US military presence in Poland, Walesa recalled that there are enough weapons in the world to end all life on Earth eleven times over. “And we’re arguing about the twelfth time? There won’t be a twelfth time. So from a military point of view, this is absurd,” he said, adding that the only benefit he saw to US troops was the money they spend in Poland.

Asked whether he would come to Moscow on May 9 to mark the 75th anniversary of Victory in the Second World War in Europe if invited, and whether there were any domestic obstacles preventing him from doing so, political or otherwise, Walesa quipped that he was “born to overcome obstacles.”