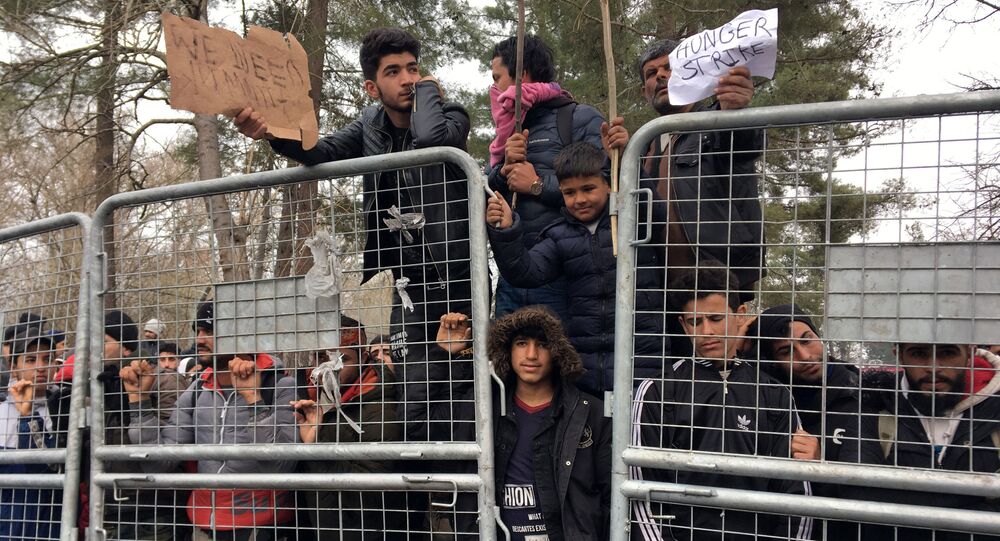 BRUSSELS (Sputnik) - European Commission President Ursula von der Leyen will pay another visit to Greece on 12 March to follow up on the migration crisis on the country’s border, the commission’s chief spokesman said on Wednesday.

"The European Commission president and the European commissioner for home affairs will come to Greece tomorrow as a follow-up to the[ir] recent visit [to the country] in connection with the migration crisis. They will meet with Prime Minister Kyriakos Mitsotakis and visit a migrant reception centre," Eric Mamer said at a briefing.

In the wake of the escalation in Syria's Idlib in late February, Turkish President Recep Tayyip Erdogan announced that his country would no longer be able to restrain the flows of migrants and refugees and opened its border with the EU. Thousands of migrants have since rushed to Turkey's border with Greece and Bulgaria to try to get into Europe.

Amid the developments, the EU urged Ankara to stick to the 2016 deal, under which Turkey pledged to help the bloc to stem the migration flow from the south in exchange for 6 billion euros ($6.8 billion) for the accommodation of undocumented migrants. Ankara, however, insists that Europe has reneged on its commitments and failed to disburse even the first tranche of the aid in full.