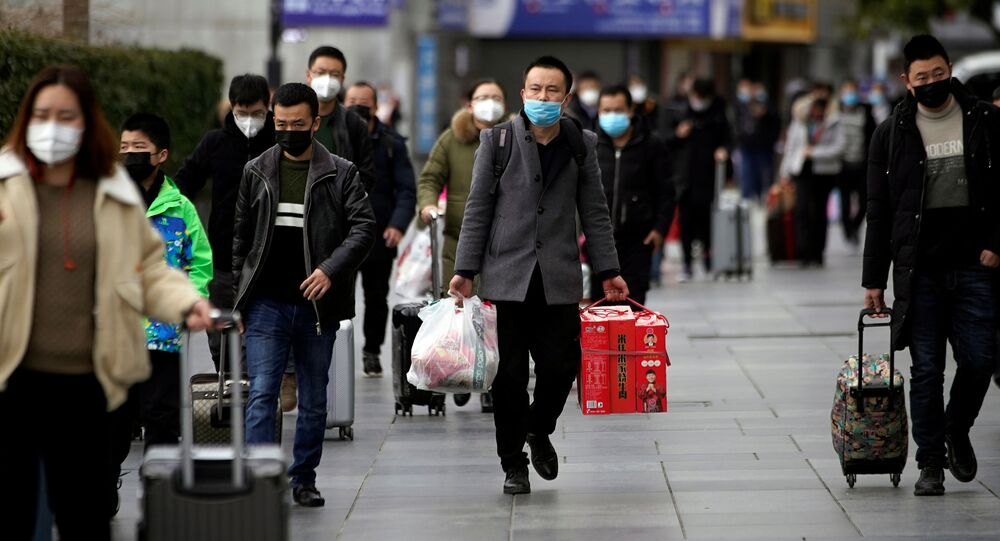 Russia Temporarily Restricts Entry of Foreigners From China From 4 February

The move was made due to concerns about the novel coronavirus outbreak, which originated in the Chinese city of Wuhan earlier in December and has since spread to more than 24 countries.

The Russian government has decided to temporarily restrict entry of foreigners travelling by air from China beginning on 4 February, according to an order published on the government website.

"The Russian Transport Ministry, jointly with with Russia's Federal Security Service [FSB], Federal Customs Service and Federal Service for the Oversight of Consumer Protection and Welfare, from 00:00 Moscow time on 4 February 2020, must temporarily restrict the entry of foreign citizens from the territory of the People's Republic of China at airports across the state border of the Russian Federation", the order says.

According to the government's statement, the decision does not affect nationals of member countries of the Eurasian Economic Union, as well as aircraft crews, members of official delegations and those who hold a Russian residence permit. A number of travellers arriving at Russia's Sheremetyevo International Airport will also be allowed to enter the country.

Earlier, Russia's S7 Airlines suspended all flights to China and Hong Kong from 4 February to 28 March.

As of 3 February, out of 11 Russian airlines that fly to China, five — Aeroflot, Ural Airlines, Siberia, iFly and IrAero —are continuing to conduct flights, Russia's civil aviation authorities said. Flights to Moscow go through a specially-designated terminal at Sheremetyevo Airport where passengers are screened for signs of infection.

The number of death cases has reached 361 in China, with more than 17,000 people infected with the deadly virus. Around the world, the number of cases stands at around 150, with one death from the virus registered in the Philippines.

Concerns over the deadly infection prompted the World Health Organisation (WHO) to declare a global health emergency last week.