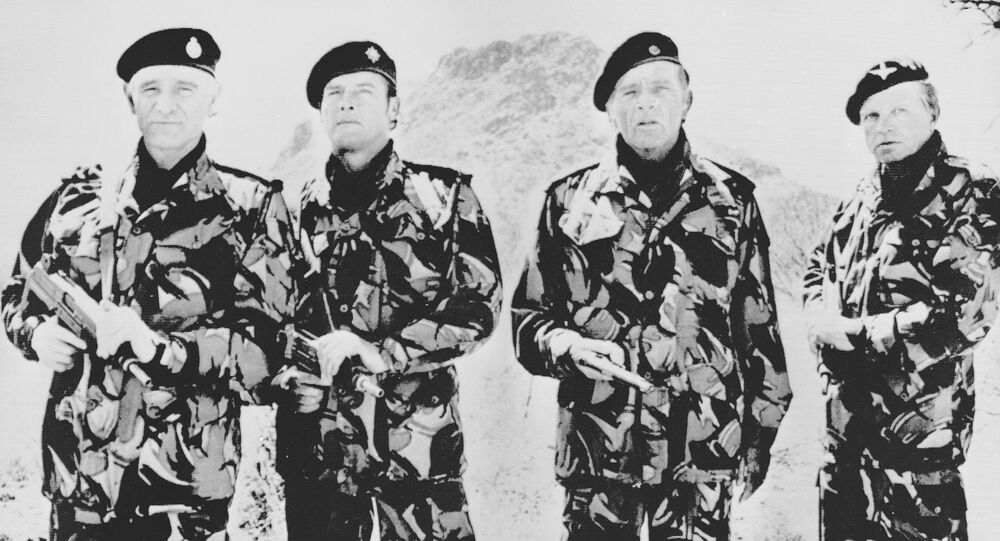 Michael "Mad Mike" Hoare, the world's most famous mercenary, has died. In the 1978 film The Wild Geese Richard Burton played a character who was based on Hoare.

One of the world’s most infamous mercenaries, "Mad Mike" Hoare”, has died aged 100.

Hoare came to prominence in the 1960s when he led a group of mercenaries who fought in what is now the Democratic Republic of Congo.

He was involved in a series of coups and civil wars in Africa in the 1970s but his career came to a shuddering halt in 1981 when he was captured and jailed after leading a botched coup in the Seychelles.

​His son, Chris Hoare, said on Monday, 3 February, his father had died in an old people’s home in Durban, South Africa.

He said: "Mike Hoare lived by the philosophy that you get more out of life by living dangerously, so it is all the more remarkable that he lived more than 100 years.”

Hoare served in the British Army during the Second World War and after leaving the forces he trained as an accountant and ran several businesses in South Africa, but soon got bored.

​In 1961 he met Moïse Tshombe and three years later Tshombe, by then Prime Minister of the Congo hired him to lead a group of mercenaries fighting a communist rebellion.

Congo had become independent of Belgium in 1960 but its first leader, Patrice Lumumba, was assassinated and the country was in danger of disintegrating in ethnic civil wars.

Hoare’s mercenaries, who he nicknamed The Wild Geese, gained global notoriety in the next two years and in 1978 a film of the same name, starring Richard Burton and Roger Moore, was loosely based on their exploits.

Hoare was an anti-communist and when an East German journalist described him as “that mad bloodhound Hoare” he relished the description and encouraged reporters to call him “Mad Mike.”

But his career came unstuck three years later when, with the support of apartheid-era South Africa, he tried to overthrow President Albert René, the socialist leader of the Seychelles.

​He recruited 46 mercenaries who were supposed to pose as rugby players to get into the country and had a huge cache of weapons hidden in their luggage.

But one of the men got into an argument with a customs officer at Mahe airport and when an AK-47 rifle was found in his suitcase the plan began to unravel.

The mercenaries took over an Air India plane and flew back to South Africa.

Hoare was ridiculed and the whole escapade was dubbed "the package-holiday coup" by the British press.

Hoare was jailed for 20 years for hijacking the Air India plane but only served 33 months in a South African jail.

After his release he gave up the life of a mercenary but published several lucrative memoirs.

Hoare and Bob Denard, a former colonel in the French armed forces, were celebrity mercenaries in an era when “soldiers of fortune” made a good living fighting in Africa’s numerous conflicts.