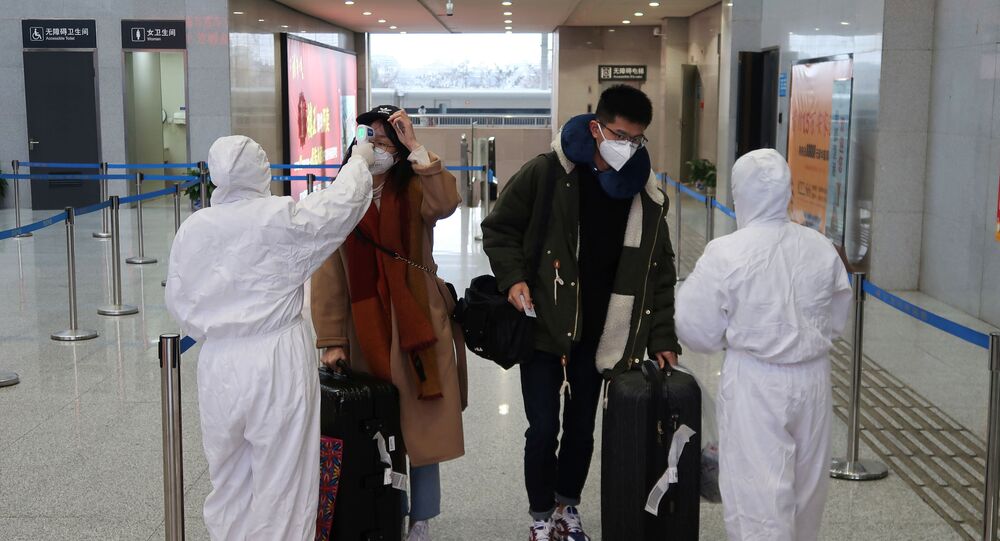 MOSCOW (Sputnik) - United States authorities will organise a charter flight on Sunday to evacuate citizens from the Chinese city of Wuhan, the epicentre of an outbreak of a new form of coronavirus that has already claimed the lives of 41 people, the Wall Street Journal reported on Saturday, citing a source familiar with the operation.

According to the source, there are approximately 1,000 US citizens in Wuhan, and consular staff are in contact with those seeking evacuation. Washington plans to send a Boeing 767 aircraft to China, which is designed to seat roughly 230 people, to evacuate US consular staff and their families.

The US has already received permission from the Chinese Foreign Ministry and other relevant government authorities, the newspaper reported. Medical personnel will be on board the aircraft to monitor the passengers, the source stated.

If US authorities fail in their attempts to fly citizens out of Wuhan, Washington is also exploring the possibility of organizing bus travel for US citizens from Wuhan to another Chinese city, such as Shanghai. The US will also temporarily close its Wuhan consulate amid the coronavirus outbreak, the newspaper reported.

Other governments have explored the possibility of evacuating citizens and diplomatic staff from Wuhan. On Saturday, press officer of the Russian Embassy in China Georgy Egorov said that Moscow is working with Beijing to organise the evacuation of Russian citizens from Wuhan and Hubei province.

The South Korean Foreign Ministry has also urged its citizens to evacuate the province of Hubei, after raising its threat level to the highest possible grade on Saturday due to the coronavirus outbreak.

© Sputnik / Ilya Pitalev
Two Russian Universities Developing Vaccine Against Coronavirus - Watchdog
The first cases of the unknown type of viral pneumonia were recorded in China's city of Wuhan in late December. It has since been confirmed to be a new strain of coronavirus. According to the latest official data, more than 1,300 people have been infected, with 41 people having died as a result of contracting the virus.

Confirmed cases of the new coronavirus strain have also been recorded in Hong Kong, Taiwan, Thailand, Japan, Vietnam, South Korea, Singapore, Nepal, France, the United States and Australia. However, the World Health Organisation said on Thursday that it was too early to declare a global emergency.