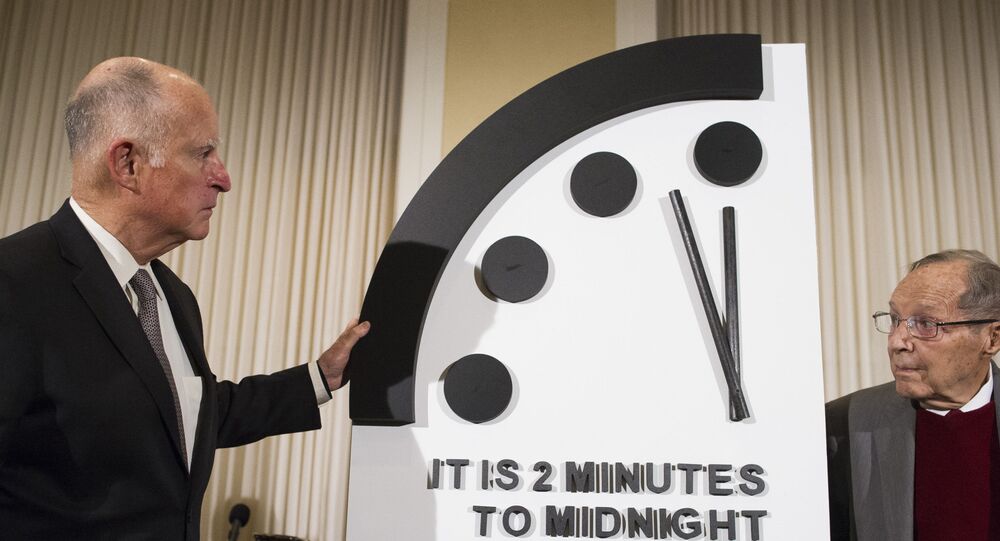 As the executive chairman of the group that runs the Doomsday Clock warned, it is “dangerous rivalry and hostility among the superpowers” that increases the risk of a “nuclear blunder”.

The famous symbol representing the likelihood of a man-made catastrophe befalling the world, known as the Doomsday Clock, has been set to the closest point to midnight (which symbolizes said catastrophe) in its entire 73-year history.

The Bulletin for the Atomic Scientists, a non-profit group that was founded by former Manhattan Project scientists in the wake of the Hiroshima and Nagasaki atomic bombings and which maintains the Clock, cited “existential danger” from nuclear war and climate change as they set the Clock to 100 seconds to midnight, as compared to the previous two minutes to midnight mark.

"The international security situation is dire, not just because these threats exist, but because world leaders have allowed the international political infrastructure for managing them to erode", a statement issued by the group said.

The Bulletin of the Atomic Scientists’ CEO Rachel Bronson warned that the world is now facing a "true emergency", an "an absolutely unacceptable state of world affairs that has eliminated any margin for error or further delay".

The Bulletin's executive chairman and former Governor of California Jerry Brown also remarked that a "dangerous rivalry and hostility among the superpowers increases the likelihood of nuclear blunder".

"Climate change just compounds the crisis", he said. "If there's ever a time to wake up, it's now".

While last year the Doomsday Clock did not move, in 2018 its hands were advanced by 30 seconds from the two and a half minutes to midnight mark.