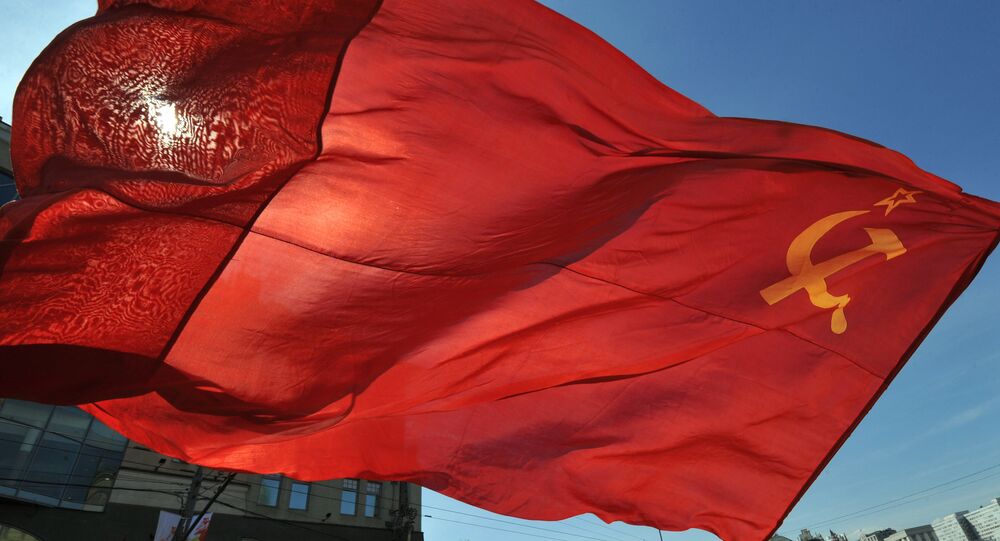 On Monday, the US secretary of state reiterated his oft-repeated call for the removal of Venezuelan President Nicolas Maduro from office, traveling to Colombia and meeting with self-proclaimed ‘interim president’ Juan Guaido.

Secretary of State Mike Pompeo has compared the US’s strategy of pressure against Venezuela to Washington’s policy toward Moscow ahead of the collapse of the USSR, assuring that US support for opposition lawmaker Juan Guaido has not been a ‘failure.’

“You know, what I hear is that the strategy is working. I remember how [James] Baker, the former secretary of state [during the George H.W. Bush era], recalled to me that before the fall of the Soviet Union, nobody believed that our strategy was working. But it worked,” Pompeo said, speaking to Colombian TV channel Caracol.

According to Pompeo, the US has been working to “strengthen the people of Venezuela, to make it clear that the world is with them,” and targeting the country with tough sanctions, which he said has made it harder for “the regime.” “The aim of our mission is to force Maduro to leave.  I met with Juan Guaido, he told me about the terrorist threat to the people of his country,” Pompeo said.

“Obviously there is more to do…but together we are moving forward, working on this project. We will achieve free and fair presidential elections, and then Venezuelans will have a better, more prosperous and brighter future,” the US top diplomat concluded.

James Baker served as President George H.W. Bush’s Secretary of State between 1989 and 1992, presiding over the end of the Cold War, the collapse of the Eastern Bloc and the disintegration of the Soviet Union. Baker’s policy included a 1990 promise to Soviet leader Mikhail Gorbachev not to expand NATO beyond the eastern borders of a reunified Germany, a commitment which the alliance has since repeatedly broken. It also included advising Gorbachev and other Soviet leaders to keep the country on the path of reforms.

The USSR collapsed in December 1991 after several years of intensive economic and political reforms pursued by the Gorbachev administration, including half-hearted marketisation measures which helped to destabilise the country’s planned economy, and political reforms which unleashed a wave of nationalism and separatism, including a successful plot by Boris Yeltsin and the leaders of the Belarusian and Ukrainian republics to break off from the rest of the union.

Venezuelan opposition leader Juan Guaido proclaimed himself the Latin American country’s ‘interim president in January 2019, receiving the immediate recognition by the US and its Latin American and European allies. President Nicolas Maduro has accused Guaido of attempting to pull off a foreign-backed coup, and accused the US and its allies of seeking to get their hands on Venezuela’s substantial oil and mineral resources. US policy against Caracas has included a series of tough sanctions, and the freeze and transfer of Venezuelan government assets to the self-proclaimed Guaido administration.