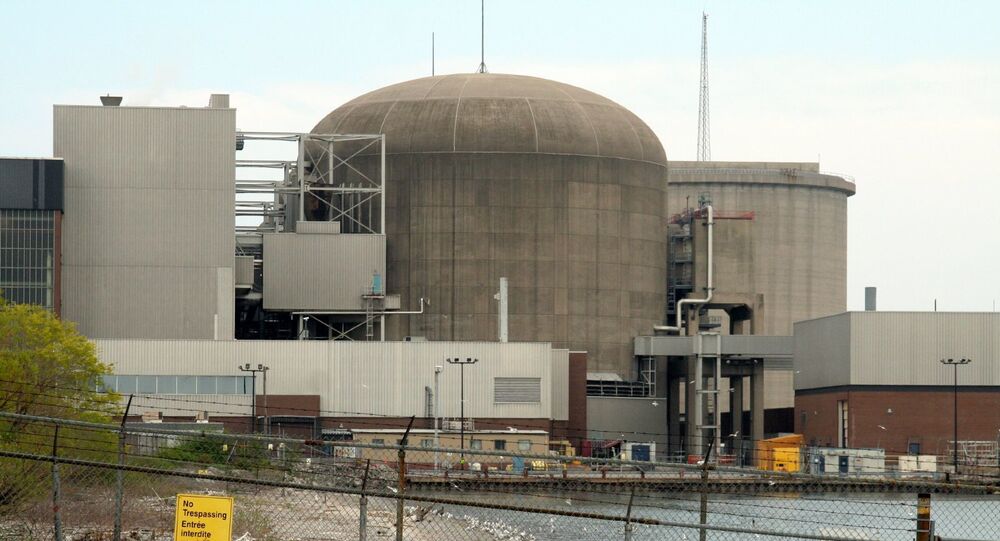 The Pickering Nuclear Power Station is one of the world's oldest continuously operating nuclear power plants, and produces about 15 percent of Ontario's power.

The mass alert about an "incident" at the Pickering Nuclear Generation Station sent out on Sunday morning was "sent out by mistake," Pickering Fire Chief John Hagg has said.

Ontario Power Generation, which operates the Toronto area plant, also confirmed that the alert was sent out by mistake.

Earlier, authorities in Ontario issued an emergency bulletin citing an "incident" said to have taken place at the Pickering nuclear power plant. The bulletin was said to be applicable to those within 10 km of the facility, located about 20 km east of downtown Toronto.

The alert, issued at 7:20 am Sunday, assured Ontarians that "there has been NO abnormal release of radioactivity from the station and emergency staff are responding to the situation."

The bulletin also assured that people nearby "DO NOT need to take protective actions at this time."

Emergency crews were said to be responding to the incident.

No other details were made immediately available. Local residents were advised to "remain tuned to local media for further information and instructions".

The alert quickly spread on social media, with many users complaining about the lack of follow-up information.

The lack of information is ridiculous.
Is this an abuse of the emergency alert system?
Or should we all be ereadyong for evacuation?#pickering #nuclear pic.twitter.com/b4jqxcAwy9

The Pickering nuclear power plant has been in service since 1971. It's currently slated to be decommissioned in 2024. The plant has experienced several accidents of varying severity throughout its nearly 50 years of operation, including a major incident in 1983 which caused major damage to one of its reactors and cost an estimated $1 billion CAD to fix. Accidents also took place in 1994 and 2011. The 1994 incident involved the loss of coolant at a reactor, with the built-in Emergency Core Cooling System used to prevent a meltdown. None of the accidents caused any fatalities.