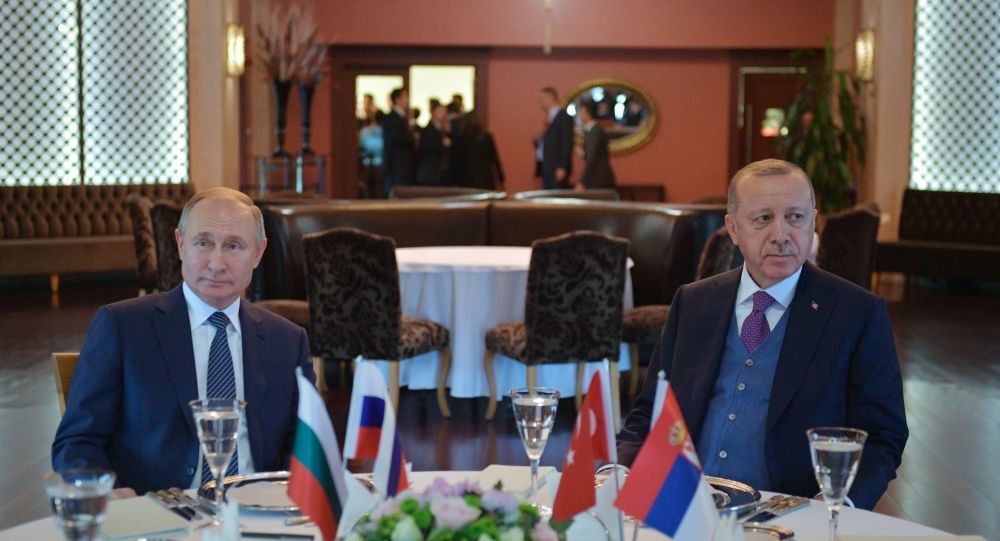 MOSCOW (Sputnik) - Russian President Vladimir Putin and his Turkish counterpart, Recep Tayyip Erdogan, talked over the phone on Saturday and discussed the situation in Libya, the Kremlin's press service said in a statement, adding that both sides confirmed readiness to assist in the Libyan conflict resolution.

"An exchange of views continued on the situation in Libya on the basis of the Russian-Turkish agreements reached at the meeting of the heads of state on 8 January in Istanbul. The desire of Russia and Turkey to provide comprehensive assistance to advance the process of political settlement of the Libyan conflict is confirmed", the statement said.

Apart from that, Putin told Erdogan about the results of his meeting with German Chancellor Angela Merkel, as well as a number of discussions over the phone with other world leaders.

Putin and Erdogan acknowledged their readiness to facilitate the preparation of the international conference on Libyan conflict settlement planned in Berlin.

"It is agreed to be in constant contact, in particular on Libyan and Syrian issues", the statement said.

On 8 January, Russian President Vladimir Putin and his Turkish counterpart, Recep Tayyip Erdogan, agreed on a common stance on Libya and called for a comprehensive ceasefire. They also urged all conflict parties to begin negotiations.

Libya’s east is controlled by the Libyan National Army (LNA), while the Government of National Accord (GNA) has been operating in the western part of the country. The situation escalated over the past few months as the LNA launched a new offensive on GNA-held Tripoli. On 6 January, the LNA declared full control over the strategic coastal town of Sirte.

Libya has been in a state of a civil war since its longtime leader, Muammar Gaddafi, was ousted and killed in 2011.