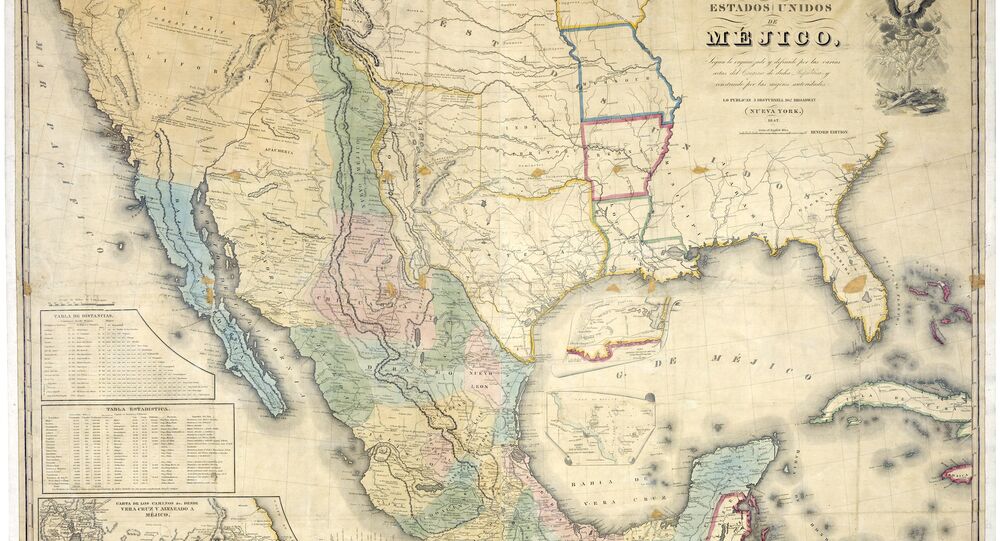 Earlier, Gen. (ret.) Ben Hodges, former commander of US Army Europe, suggested that Russia’s historical claims to Crimea were “false and unacceptable” because the peninsula became part of Russia only during the reign of Catherine the Great.

Alexei Pushkov, an outspoken Russian senator known for his commentaries on foreign affairs, has responded to Gen. Hodges remarks about the status of the Crimean peninsula.

“US General Hodges has tried his hand at history, saying that before Catherine the Great, Crimea was not part of Russia. So what? At that time Ukraine didn’t exist at all, and Crimea could not have been Ukraine. And in 1783 [when Crimea became part of Russia], the US was just a narrow strip of land along the Atlantic. Only later did they capture everything else. Let them return Texas to Mexico,” Pushkov wrote on Twitter.

The senator clarified that his comments about ‘returning Texas to Mexico was a joke’, in line with the “absurd” talk by Gen. Hodges about ‘Ukrainian Crimea.’

Earlier this week, in an interview with Ukrainian news portal Apostrophe, Gen. Hodges suggested that Russia’s historical claim to Crimea was “totally false” and “unacceptable,” because Russia did not control the peninsula before the reign of Catherine the Great.

The coastal cities and mountainous areas of the Crimean Peninsula were conquered by the Ottoman Empire at the end of the 15th century. The rest of the territory became home to the Crimean Khanate, an Ottoman vassal. The Russo-Turkish War of 1768-1774 put an end to Turkish rule of the peninsula, and the Ottomans dropped claims to the territory under the terms of the 1774 peace treaty. In 1783, by decree of Catherine the Great, Crimea was annexed into the Russian Empire. The region remained part of the Russian Empire, and then part of the Russian Republic of the Soviet Union, until 1954, when Soviet leader Nikita Khruschev turned it into an administrative division of the Ukrainian Republic (but still inside the USSR). In 1992, after the USSR’s collapse, Crimean authorities attempted to organise a referendum to rejoin Russia, but the plebiscite was deemed illegal by Ukraine’s parliament.

In 2014, in the aftermath of a US and EU-led coup in Kiev, and fears that Ukraine’s new authorities could crack down on the region’s majority ethnic Russian minority, Crimean authorities organised a snap referendum, in which an overwhelming majority of Crimeans voted to secede from Ukraine and rejoin Russia. Ukrainian authorities never accepted the peninsula’s decision, and most Western countries condemned Moscow, leading to the worst downturn in relations between Russia and the West since the end of the Cold War.

The United States annexed the Republic of Texas and recognised it as the 28th state of the Union in 1845, after the Republic’s declaration of independence from Mexico in 1836.

Wikimedia Commons/Noconatom
The Battle of the Alamo (February 23 – March 6, 1836) was a pivotal event in the Texas Revolution. Following a 13-day siege, Mexican troops under President General Antonio López de Santa Anna launched an assault on the Alamo Mission near San Antonio de Béxar (modern-day San Antonio), Texas, United States, killing all of the Texian defenders. Santa Anna's cruelty during the battle inspired many Texians—both Texas settlers and adventurers from the United States—to join the Texian Army. Buoyed by a desire for revenge, the Texians defeated the Mexican Army at the Battle of San Jacinto, on April 21, 1836, ending the revolution
...
Reddit
Google+
Blogger
Pinterest
StumbleUpon
Telegram
WhatsApp
461

Former US Diplomat Calls on Washington to Review Status of Crimea