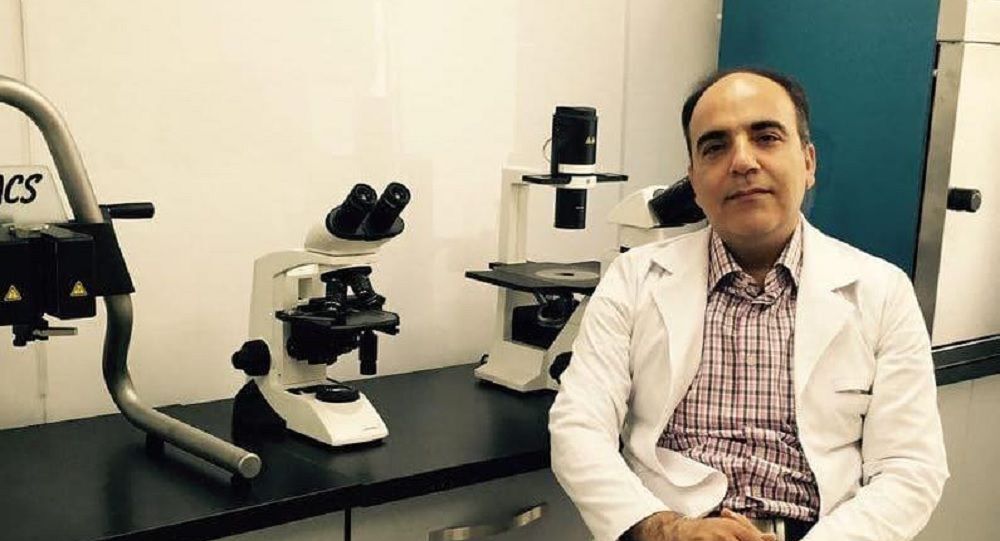 On Saturday, Iran and the US agreed to a prisoner swap, with the US exchanging a prominent Iranian stem cell researcher for a dual US-Chinese national convicted of espionage in Iran in 2017.

American “justice” exists only in Hollywood films and is “a lie,” Dr. Masoud Soleimani, an Iranian academic recently released from US custody, has said, speaking with Iranian media and the governor general of the central Iranian province of Isfahan, Press TV has reported.

According to Soleimani, the hardships he experienced during his detention in the US allowed him to “know the true face of America.”

The scientist recalled that he was held, without trial, in a prison cell together with “murderers and drug traffickers.”

“They called me a terrorist, and all the other inmates were afraid of approaching me,” Soleimani said.

Soleimani also revealed that even as he was being transferred to be swapped for Xiyue Wang, a Chinese-American national and Princeton student convicted of espionage in Iran, he was “handcuffed and shackled” during the trip to Switzerland, where the exchange took place.

“I also told the Americans at the last minute that while I was incarcerated, four of my patients died, and you and the American government are responsible,” the doctor added. Facing health problems of his own, Soleimani also said that he refused to take medicines offered to him during his incarceration, because they were not labeled.

A doctor and researcher from Iran’s prestigious Tarbiat Modares University whose studies focus on stem cell research, hematology and regenerative medicine, Soleimani was arrested and imprisoned without trial after arriving in the US in October 2018. The doctor had been invited to lead a research programme at the Mayo Clinic in Minnesota. The FBI accused him of working to bypass US sanctions against Iran by scheming to smuggle biological materials out of the US to Iran. In his interview, the doctor denied any wrongdoing, and accused the US government of seeking to “harass Iranians.”

On Wednesday, the Iranian Foreign Ministry issued a travel advisory warning Iranian nationals, particularly elites and scientists, to avoid visiting the United States, “even to take part in scientific conferences, and even if they have an invitation.” The Ministry cited what it called “America’s cruel and one-sided laws toward Iranians, especially Iranian elites,” as well as the alleged dangers of “arbitrary and lengthy detention in completely inhumane conditions.”

Also on Wednesday, the United States announced sanctions on five additional Iranian entities, two vessels and an Iranian businessman, with Secretary of State Mike Pompeo saying Washington would continue with its “campaign of maximum pressure” for “as long as [Iran’s] malign behaviour continues.”

Following Saturday’s swap, Iranian Foreign Minister Mohammad Javad Zarif tweeted that Iran was ready to negotiate a “comprehensive prisoner exchange” with the US, adding that the ball was now “in the US’ court.”

'We Can Make Deal Together': Trump Thanks Iran for Prisoner Swap