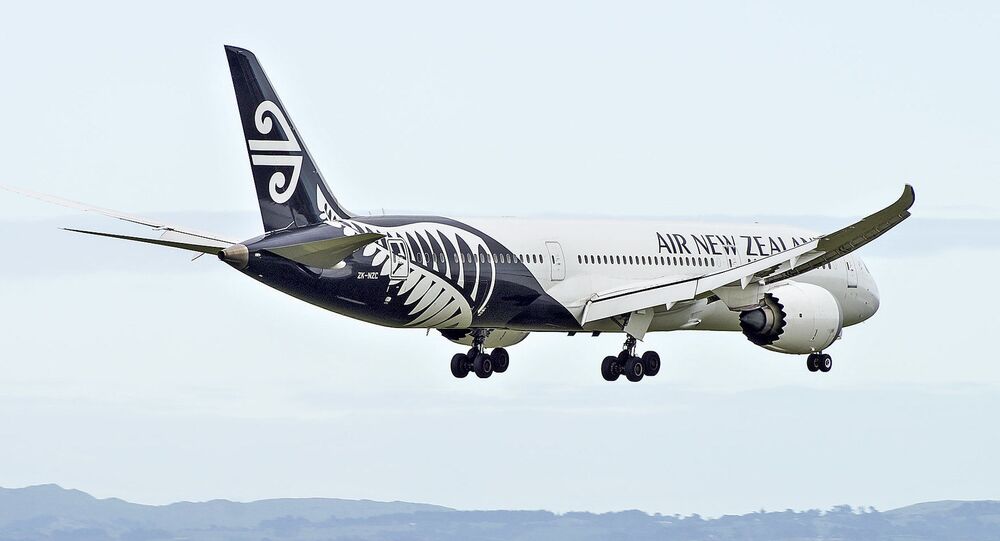 Boeing has been experiencing problems with its aircraft since the beginning of the year, following two deadly crashes involving Boeing 737 aircraft that resulted in the death of a total of 346 passengers and crew.

Air New Zealand has cancelled dozens of international flights, affecting 14,000 passengers, due to ongoing problems with Rolls-Royce engines that are installed in the company's Boeing 787-9 Dreamliner fleet.

The company said on Monday that it was waiting for its ten Rolls-Royce Trent 1000 engines to be serviced by the British manufacturer, adding that Rolls-Royce required operators of the engines to carry out more frequent maintenance due to an issue with the engine's high-pressure turbine blades.

"Rolls-Royce does not have any replacement engines available while maintenance work is undertaken and has advised Air New Zealand there's a significant wait for repair services," a spokesman for the airline said.

© REUTERS / Gary He
Airbus Exec Says No Competitor Benefited from Boeing’s 737 Max Grounding
Earlier in May, Air New Zealand stated that the problems with Dreamliners that have been affecting airliners worldwide since 2017 have resulted in 2500 flights being disrupted and 150 cancelled, thus affecting the company's network and operating costs.

In October, another Boeing's aircraft - the Boeing 737, found itself in the centre of a scandal after problems with the aircraft's pickle fork structure made China and the US conduct an urgent check of the fleet. Later on, the Australian airline Qantas Airways and the Irish low-cost airline Ryanair joined the suit, grounding the number of their Boeing 737s over the same issue.