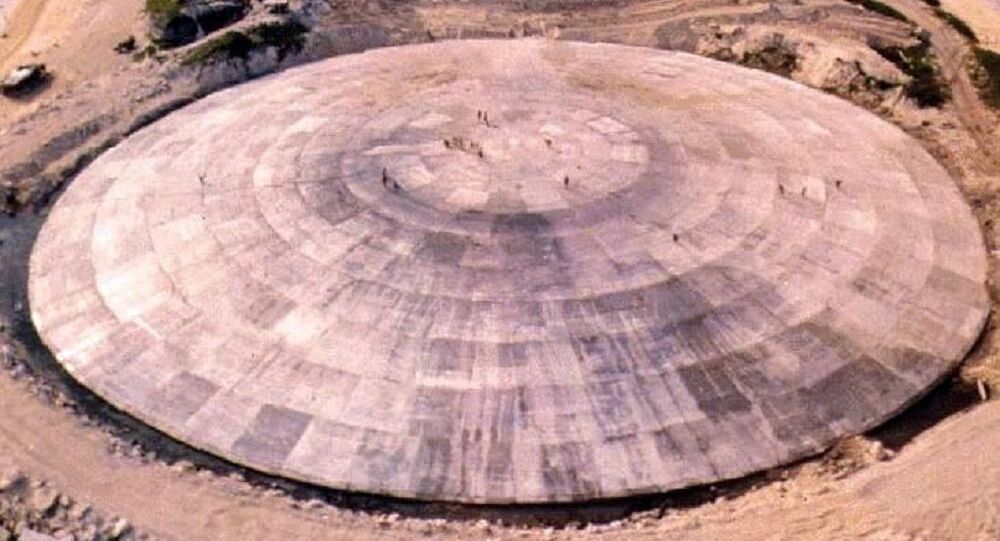 A US Energy Department Contractor warned that the massive concrete dome full of radioactive waste, located on a Marshallese atoll, may be “vulnerable to leakage and the sustained impacts of storm surge and sea level rise.”

A massive concrete dome located on the Marshall Islands is now at risk of becoming the site of a terrible nuclear disaster, the Los Angeles Times reports.

The dome, built at the Runit Island of the Enewetak Atoll and known as the Runit Dome or simply as The Tomb, stores vast quantities of radioactive soil and debris that was produced by the US nuclear weapon tests conducted during the Cold War in the region, as well as soil from an irradiated test site in Nevada.

Now, the newspaper warns, rising sea levels and "other effects of climate change" threaten to facilitate the structure’s collapse which would lead to radioactive material, including "lethal amounts of plutonium", spilling into the environment.

"More than any other place, the Marshall Islands is a victim of the two greatest threats facing humanity — nuclear weapons and climate change," a legal scholar at Columbia University’s law school named Michael Gerrard said. "The United States is entirely responsible for the nuclear testing there, and its emissions have contributed more to climate change than those from any other country".

The newspaper also notes that a US military report from 1980s chronicling the construction of the dome reveals that the structure was “designed to contain material and prevent erosion rather than act as a radiation shield”, hence the contaminated debris that was found after the structure was finished and ended up being embedded into the building’s top, was no cause for concern at that time.

A US Energy Department contractor and top expert on the Runit Dome also warned in 2012 that the structure "could possibly release more plutonium into the surrounding environment", noting in May 2019 that the Tomb’s physical integrity is "vulnerable to leakage and the sustained impacts of storm surge and sea level rise."

He argued, however, that there’s no reason to panic as Enewetak lagoon is allegedly so contaminated already that a potential radioactive leak from the dome would be virtually undetectable.

And while the islanders previously sought the US government’s help in this matter, the latter argued that since the dome is located on the Marshall Islands, it is therefore the responsibility of the Marshallese government.