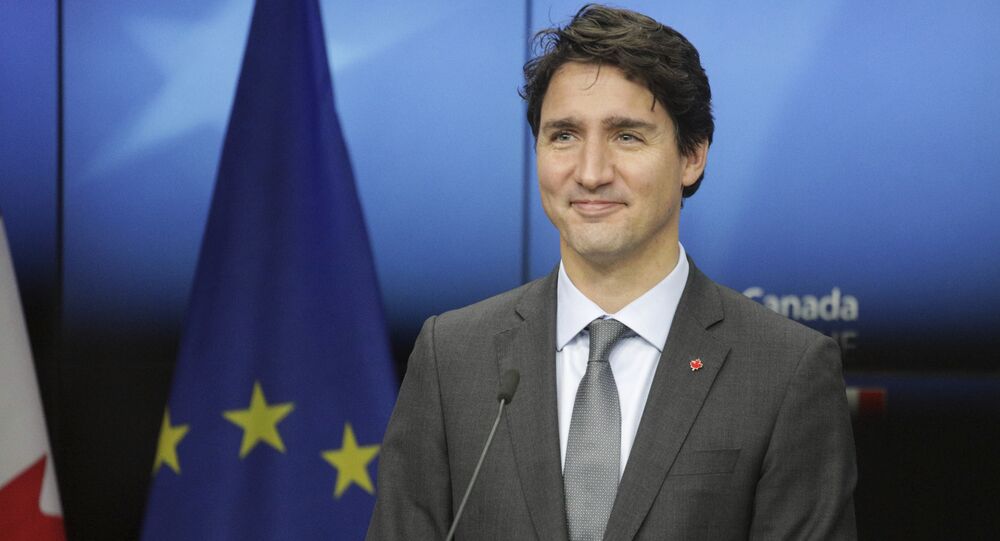 The politician managed to keep his seat after a rocky year – he was accused of repeatedly wearing blackface and brownface in the early 2000s. Justin Trudeau also faced uproar and calls for his resignation after prosecutors suggested he was involved in meddling in a corruption case.

Canadian Prime Minister Trudeau has received numerous congratulations from politicians, activists, and ordinary Twitterians after the preliminary results of parliamentary elections were issued in the North American country.

The US president congratulated him, despite previous tensions between the two politicians.

Congratulations to @JustinTrudeau on a wonderful and hard fought victory. Canada is well served. I look forward to working with you toward the betterment of both of our countries!

Leader of the New Democratic Party Jagmeet Singh also wrote a tweet on the issue, stating he had had a conversation with the PM.

What a night – and what an unforgettable journey this campaign has been.

With our new NDP caucus in Ottawa, I'm incredibly excited to continue our critical work to achieve the priorities that we’ve heard from people across this country. #elxn43 #ElectionDay

According to preliminary results, during the elections on 21 October, the Liberal Party of Canada won in 156 out of 338 districts, failing to form a majority, but apparently securing enough seats in Parliament to keep Prime Minister Justin Trudeau in power for another 4-year term.

Some people, of course, used this as a perfect opportunity for a joke.

He will definitely hit on Melania now. @FLOTUS @realDonaldTrump

​In the meantime, the opposition Conservative Party won 119 seats, despite its slight superiority in the overall numbers – the Conservatives were backed by 34.5% of voters, while the Liberals garnered the support of 33% of voters.