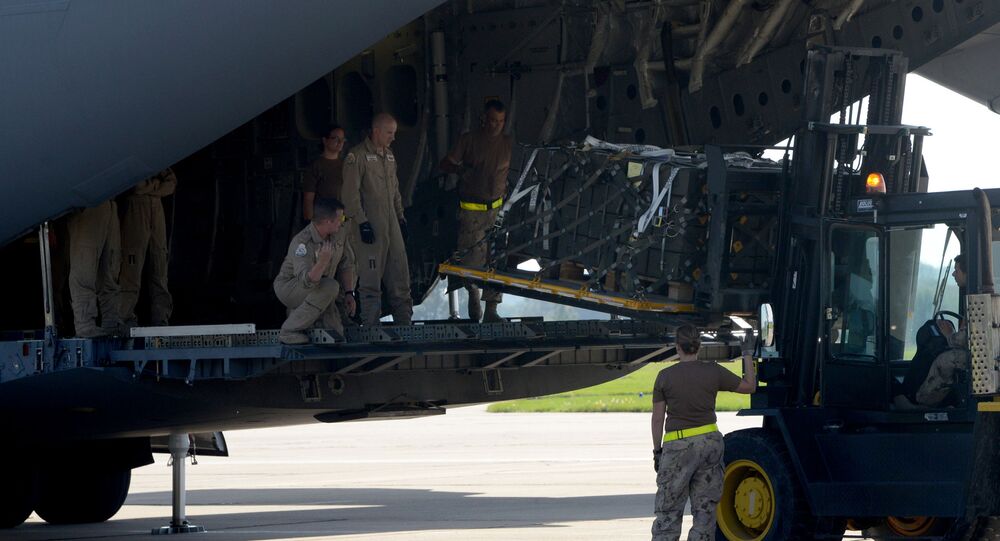 After Turkey launched a military operation in northern Syria last week, France, Finland and Norway ditched their defence export contracts with Ankara, with Sweden proposing to take measures against the country at an EU-wide level.

The Canadian Foreign Ministry has announced the temporary suspension of “new export permits” to Turkey in the wake of Ankara's military operation in Syria’s northeast.

The ministry said in a statement on Wednesday that "Canada firmly condemns Turkey's military incursion into Syria”.

“This unilateral action risks undermining the stability of an already-fragile region, exacerbating the humanitarian situation and rolling back progress achieved by the Global Coalition Against Daesh* (Islamic State), of which Turkey is a member,” the statement pointed out.

Ottawa’s move comes a few days after the French Defence Ministry and the French Foreign Ministry in a joint statement said they had suspended their arms sales to Turkey over Ankara's ongoing military incursion into the northern part of Syria.

“France has decided to suspend any plans to export to Turkey war materials likely to be used as part of the offensive in Turkey [...]. This decision is of immediate effect,” the statement noted.

The move was echoed by the Norwegian Foreign Ministry, which said last week that “as a precautionary measure” it will not “handle any new demands for exports of defence material or material for multiple uses... to Turkey”. Similar decisions were also announced by Finland and the Netherlands.

On 9 October, Turkish President Recep Tayyip Erdogan announced the start of a military offensive dubbed ‘Operation Peace Spring' in northern Syria against the formerly US-backed Kurdish-led Syrian Democratic Forces (SDF), which is associated with the Kurdish People's Protection Units (YPG), designated by Ankara as a terrorist group. Erdogan said that the offensive aims to remove the SDF from the border area and create a so-called “safe zone” to which millions of Syrian refugees can be returned.

Damascus views the operation as a violation of Syria's territorial integrity, with a number of other countries, including Russia, urging Turkey to refrain from actions that could create obstacles for peace in the Arab country.

US President Donald Trump, for his part, pledged to authorise Washington’s new "powerful sanctions on Turkey" for invading northern Syria, while Ankara said that such threats would not make it curb its military operation.

Earlier, Washington announced that it would not support Ankara’s offensive in northern Syria, which had followed the withdrawal of all US troops from the area.