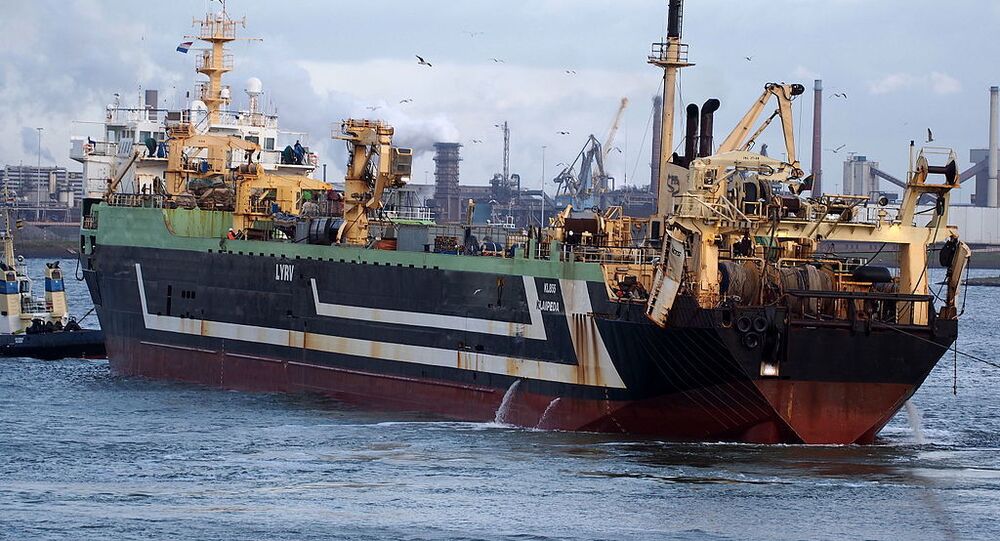 The Lithuanian-registered Margiris fishing boat was first confronted by Greenpeace in 2012 off West Africa, while a year later the boat was banned from fishing in Australian waters.

The Lithuanian-registered Margiris fishing boat has been spotted off the coasts of Sussex and Portsmouth in recent days, raising environmental concerns.

"The capacity of these trawlers is equivalent to dozens of small-scale fishing vessels, and sustainable small-scale fisheries cannot compete with industrial supertrawlers", a spokesman for the Blue Planet Society, a group fighting to end the overexploitation of the world's ocean, said.

The 142-metre-long supertrawler, which has a deadweight of 6,200 tonnes and belongs to the Dutch company Parlevliet van der Plas, can process up to 250 tonnes of fish daily, thus rendering small-scale fishing boats in the region unable to compete.

EXCL: video of super trawler Margiris hauling fish from the English Channel. Capable of fishing and processing 250 tonnes of fish a day this is a floating factory @itvnews at Ten tonight pic.twitter.com/UX0Ajwslpi

​According to Greenpeace Australia spokesman David Ritter, the "monster" trawler was refused fishing licenses in Australia in 2013. The group, however, first confronted the supertrawler a year earlier off West Africa.