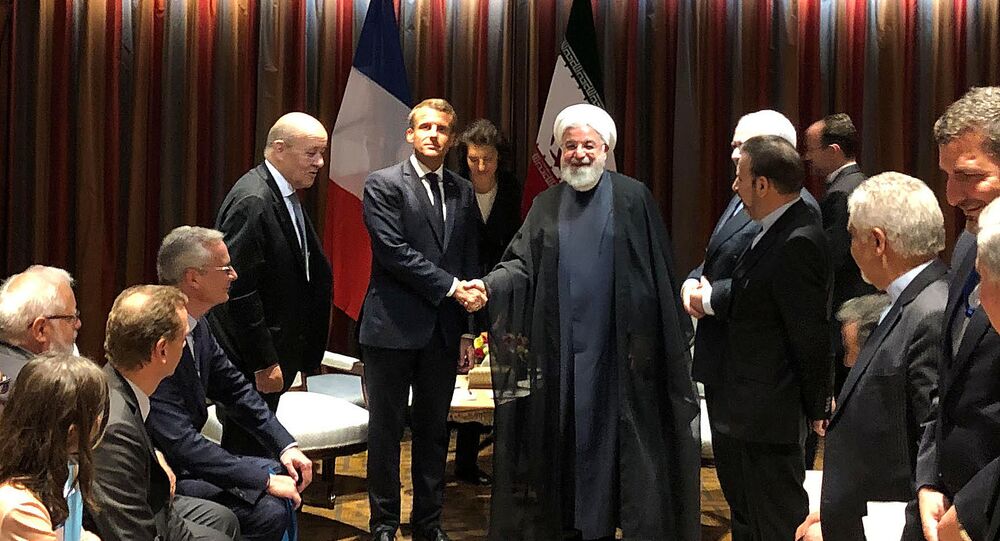 The three European governments had issued a joint statement late Monday expressing their "full solidarity" with Saudi Arabia, and alleging that it was "clear" that "Iran is responsible" for the September 14 attacks. Tehran has vocally rejected the allegations. Yemen's Houthi militia have claimed responsibility.

Iranian President Hassan Rouhani has condemned the joint statement put out by the UK, France and Germany accusing Iran of responsibility for the devastating attacks on Saudi oil facilities, charging the three powers with engaging in a "groundless blame game."

In a meeting with French President Emmanuel Macron on Tuesday on the sidelines of the UN General Assembly, Rouhani was reported to have brought up a number of issues, including efforts by France and other signatories of the 2015 Iran nuclear deal, to save the treaty following Washington's unilateral exit from its commitments in 2018.

"The very step is provocative and destructive, it has been taken prior to any investigation, with no evidence provided. It has been based only on the laughable argument that 'there is no other possible explanation'," the ministry said in a statement.

According to Tehran, the European leaders' statement seemed to have been 'ordered from the outside' to pursue political goals. The foreign ministry that such statements could lead to the escalation of the ongoing war in Yemen.

Shortly after the UK, France and Germany released their joint statement, Iranian Foreign Minister Mohammad Javad Zarif accused the Iran nuclear deal's European signatories of "paralysis in fulfilling their obligations without US permission."

E3's paralysis in fulfilling their obligations w/o US permission has been clear since May 2018.

Solution to this deficiency: mustering will to forge independent path—not parroting absurd US claims & requests INCONSISTENT with JCPOA.

No new deal before compliance w/ current one.

Zarif urged Europe to solve this "deficiency" by "mustering the will to forge an independent path," and to stop "parroting absurd US claims and requests INCONSISTENT" with the nuclear deal.