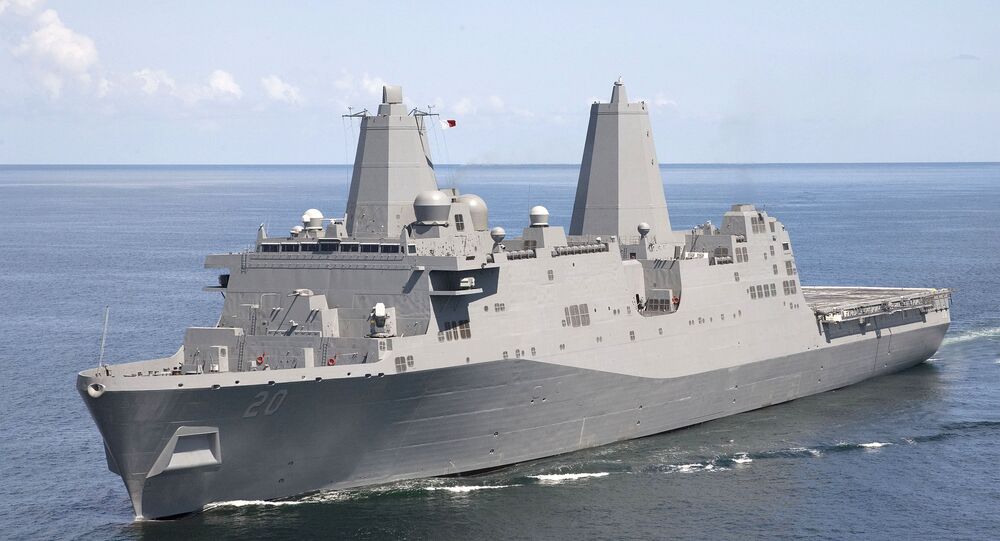 The United States regularly sails its warships through the sensitive strait, which separates mainland China and Taiwan, which the Beijing government regards as a breakaway province.

A US Navy warship transited the Taiwan Strait on Friday, as tensions grow between Beijing and Washington over the proposed sale of dozens of US fighter jets to Taiwan and unrest in Hong Kong.

“The ship's transit through the Taiwan Strait demonstrates the US commitment to a free and open Indo-Pacific,” the US military told Reuters in a statement.

The vessel was identified as the USS Green Bay, a San Antonio-class amphibious transport dock.

The 180 km-wide Taiwan Strait separates the island of Taiwan from mainland China. The autonomous Taiwan split from the mainland during the civil war in 1949. Beijing claims sovereignty over the island, which views itself as an independent country.

The United States – Taiwan's biggest protector and ally – conducts freedom-of-navigation patrols in the strait, which China believes to be its territorial waters. The US typically sends one or two vessels in a show of defiance, claiming that they have the right of passage through international waters.

The latest such transit took place on 24 July, when guided missile cruiser USS Antietam sailed through the key waterway one day after Beijing warned it was prepared to use force to defend its territorial interests.

“We make no promise to renounce the use of force, and reserve the option of taking all necessary measures,” said China's official defence white paper, issued on 23 July. “This is by no means targeted at our compatriots in Taiwan, but at external interference forces and the very small number of Taiwan separatists and their activities.”

Friday's Taiwan strait transit comes at a time of particularly strained relations between the two superpowers, damaged by the Trump-led trade war, US support for Hong Kong protesters, and a prospective arms sale to Taiwan.

The Trump administration this week greenlighted an $8 billion arms sale of 66 fighter jets to Taiwan, a month after okaying the sale of over 100 M-1A2 Abrams main battle tanks, Stinger missiles and other equipment on Taiwan’s request.

Beijing in response warned Washington against interfering in Taiwan's internal affairs and demanded that the US cancel any official and military contacts with the island, threatening to retaliate with sanctions against American companies.