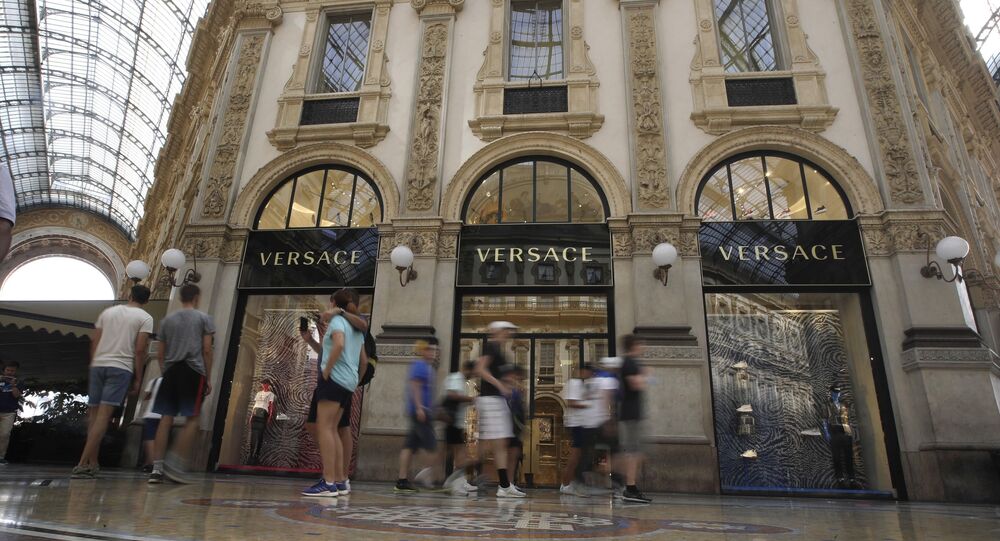 A batch of garments that hit the shelves in China has ended up on everyone’s lips as the apparel featured word pairs referring to the Chinese special administrative regions of Hong Kong and Macau as separate states – something that was widely seen as disrupting the PRC’s territorial integrity.

Italian fashion house Versace and its artistic director Donatella Versace apologised on Sunday for trading T-shirts that incorrectly referred to the Chinese-controlled territories, once European colonies, of Hong Kong and Macau as separate countries, following a backlash that a picture of the clothing item provoked on social media.

Versace, bought by Michael Kors’ Capri Holdings Ltd (CPRI.N) in September, said on its Chinese Weibo account that there had occurred a mistake and reported that as of 24 July, the sales of the T-shirts had been stopped and the assortment destroyed.

“Versace reiterates that we love China deeply, and resolutely respect China’s territory and national sovereignty”, the brand said in a statement.

Donatella, sister of the fashion house’s late founder Gianni Versace, also made an apologetic post on her Instagram account, noting that she never meant to “disrespect China’s National Sovereignty” and that’s the reason why she had chosen to personally apologise for the “inaccuracy and for any distress that it might have caused”, she rounded off.

“I am deeply sorry for the unfortunate recent error that was made by our Company and that is being currently discussed on various social media channels. Never have I wanted to disrespect China’s National Sovereignty and this is why I wanted to personally apologize for such inaccuracy and for any distress that it might have caused.” @donatella_versace

The T-shirt, images of which were widely posted on Chinese social media, triggering a storm of rage, sported a list of “city-country” and “capital-country” pairs, like for instance “New York-USA” and “Beijing-China”.

But when it came to Hong Kong and Macau, the place names appeared in the following duos: “Hong Kong-Hong Kong and Macau-Macau” – the wording instantly triggered a storm of rage online. Versace’s China brand studio representative Yang Mi, one of the country’s most well-known actresses, announced shortly thereafter that she was ending her contract with Versace over the incident, with the news becoming one of the most pressing talking points on Weibo, attracting well over 640 million views.

For instance, “Versace suspected of supporting Hong Kong and Macau secession” became a trending hashtag on Weibo, racking up more than 400 million views by Sunday afternoon hours, and the claims were amplified and promoted by state media, The South China Morning Post wrote.

Additionally, a major Chinese entertainment and media company, Jiaxing Media, also known as Jay Walk Studio, weighed in on the dispute, issuing the below statement:

“China’s territorial integrity and sovereignty are sacred and inviolable at all times”.

Last winter, the world saw a similar controversy unfold around a costly Dolce & Gabbana T-shirt line featuring pigs and money as they were released during the Lunar New Year period widely celebrated in China. Quite a few media reports and social network posts suggested at the time that the fashion house saw the Chinese market as “pigs with money”, while others chose to mock the design as well as the biting price - about $500 per item.

In another incident, dating back to 2018, Dolce & Gabbana faced an angry backlash over a video that showed a Chinese model struggling to use chopsticks.

That same year, the US retailer Gap apologised for selling T-shirts with an “incorrect map” of China that did not include Taiwan and parts of the South China Sea, while Marriott Hotels also faced a social media fury in 2018 for listing Tibet, Hong Kong, Macau and Taiwan as separate territories.