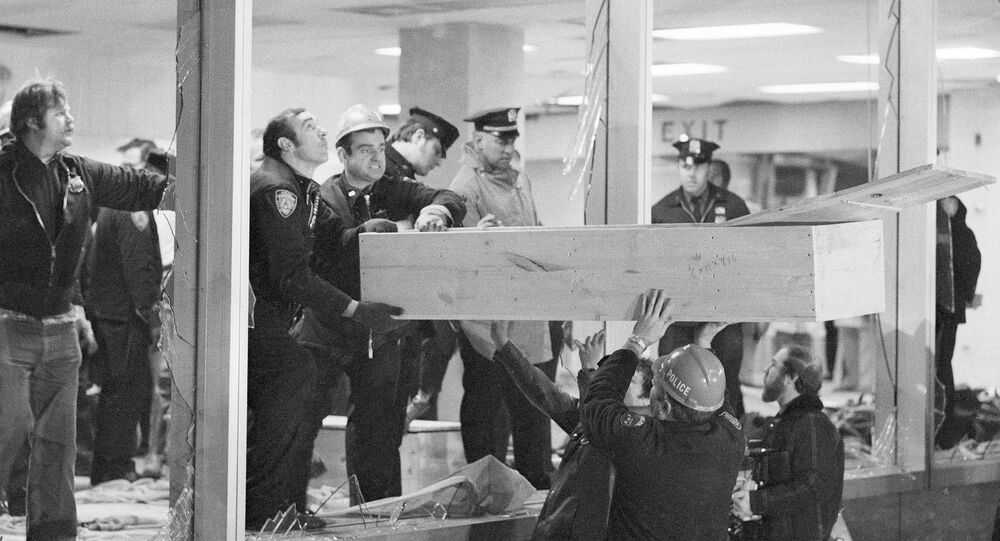 Why is 1975 Bombing Which Killed Eleven People at a New York Airport Still Unsolved?

In the early 1970s the United States was targeted by violent radical groups, like the Weathermen, the Black Liberation Army and the Symbionese Liberation Front. But the responsibility for a terrorist outrage at New York’s La Guardia airport in 1975 lay thousands of miles away in Europe.

On 29 December 1975 a bomb went off at New York's La Guardia airport, killing 11 people and injuring 74 others.

It was the highest death toll from a terrorist attack since 1920, although it was later dwarfed by the 1995 Oklahoma City bombing and the attack on the Twin Towers in 2001.

The “flower power” hippie era of the late 1960s had given way around 1970 to an angry and radical uprising against the administration of US President Richard Nixon, who was still deeply involved in the Vietnam war.

Remembering La Guardia airport @LGAairport bombing, 43 years ago today that killed 11 - most probably by Croatian nationalists. The contribution of terrorism in the 1970s and 80s to keeping nationalist tensions alive in the 2nd Yugoslavia remains curiously under-explored.

​In 1972 there were 1,900 domestic bombings in the US, most of which involved sticks of dynamite, which was at the time still easy to buy from wholesalers or steal from quarries.

Groups like the Weathermen, the Black Liberation Army, the Symbionese Liberation Front and the FALN from Puerto Rico targeted the police and other hated symbols of US government.

But by December 1975 most of these groups had been smashed and many of their members were in jail.

So when a bomb went off in the TransWorld Airlines (TWA) baggage claim area in La Guardia’s central terminal at 6.33pm on 29 December 1975 detectives did not know if the perpetrators were US terrorists or foreigners with a grudge.

In January 1975 the FALN had killed four people when they bled up a bar, the Fraunces Tavern, in New York but there was no immediate evidence linking them to the La Guardia bomb, which was placed in a coin-operated locker.

Ever heard of the Oklahoma City bombing?
What about 9/11?
La Guardia airport bombing?
The car in NYC on the bike path?
Boston marathon pressure cooker?
WTC bombing?

​When it went off it had shredded the lockers, hurling shrapnel at passengers as they walked past with their suitcases.

TV cameras captured the grisly scene as firemen tried to wash down the blood which spilled out of the terminal building.

Aviation experts said the death toll could have been much higher - usually hundreds, rather than dozens, of people would have been milling around in the area.

Ed Dreher, chief of detectives for the NYPD in the borough of Queens, initially led the investigation before handing over to the FBI.

They looked at the possibility of the Palestine Liberation Organisation (PLO) or Black September having carried out the bombing.

Me & Catholic Croatian nationalist Zvonko Bušić in prison, Jan ‘07. We debated constantly about religion, history & philosophy. He was paroled in 2007 after 32 years in prison for a hijacking he deeply regretted & returned to Croatia a hero, then committed suicide. #BiH #Hrvatska pic.twitter.com/hZZO0ZzmtW

​A year later Black September - a terror group whose name came from the month in 1970 when Palestinian militants were expelled from Jordan - would abduct and massacre a group of Israeli athletes at the Munich Olympics.

But the investigation was going nowhere and was clutching at straws.

Then, in September 1976, a group of Croatian nationalists hijacked a TWA flight from La Guardia to Chicago and said they had a bomb.

They were calling for Croatia - then part of Tito’s Yugoslavia - to become an independent state, which had been during the Second World War when its Ustashe government collaborated with the Nazis and massacred thousands of Serbs.

The five TWA hijackers were led by Zvonko Bušić, a 30-year-old exile who was linked to a shadowy Croatian group called Otpor (Resistance). His American wife Julienne was among the kidnap gang.

They told the pilot to land in Montreal - where 35 of the hostages were freed - and eventually arrived in Paris, via Iceland.

1. Terrorism in W.Balkans is a tradition of the far-right pro-Ustashi terrorists. Today’s HDZ in 🇧🇦 and 🇭🇷 lionizes them. HDZs teach children that terrorists ala #NYPD cop killer terrorist Zvonko Bušić is a hero. This violent ideology must be confronted by moderate Croats https://t.co/lVt7I5Uv8h

​They surrendered and were brought back to New York, where they admitted to having left a bomb at Grand Central station. It blew up as Brian Murray, a 27-year-old NYPD bomb squad officer was trying to disarm it.

Bušić would spend 32 years in jail for the hijacking and the Grand Central bomb, but he never admitted to planting the La Guardia airport device.

Otpor was destroyed partly by “black actions” carried out by Tito’s UDBA secret police and partly by a US investigation in the 1980s.

Bušić was eventually paroled in 2008 and returned to a hero’s welcome in Zagreb.