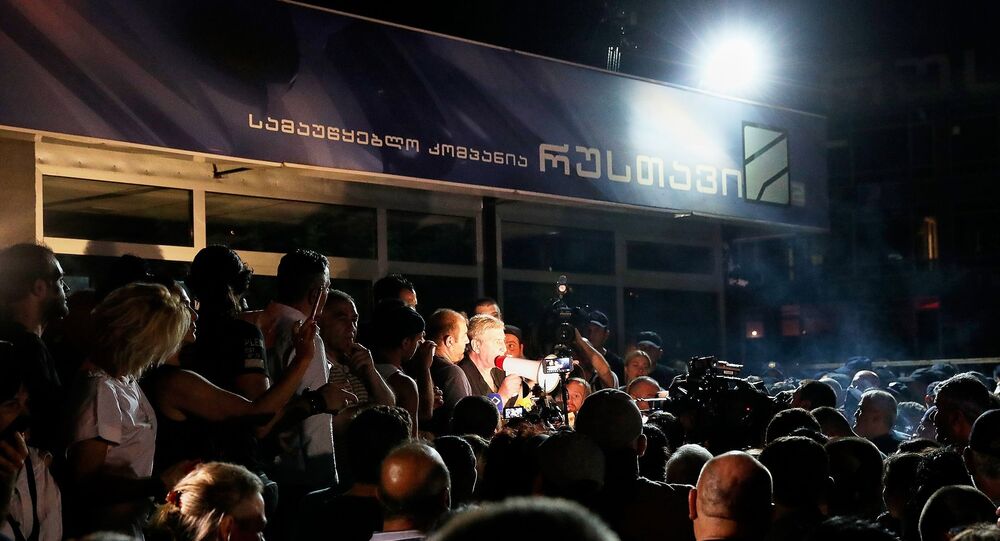 MOSCOW (Sputnik) - The Russian Foreign Ministry condemned on Monday insulting remarks made by Georgian journalist Giorgi Gabunia about Russian President Vladimir Putin live on Georgian television, calling them an unprecedentedly dishonourable escapade and expressing hope that relevant bodies and the journalistic community would provide a response.

"We categorically condemn the unprecedentedly dishonourable escapade, with unacceptable attacks, involving obscene language, against the Russian leadership, staged at Georgia's Rustavi 2 broadcaster. We qualify this as another open provocation by Georgian radical forces, aimed at undermining the Russian-Georgian relations," the Russian Foreign Ministry said in a statement.

"We note the Georgian community's justifiable indignation with what happened. We expect relevant international and regional organizations and the journalistic community to show an adequate reaction. Such manifestations should not take place in civilized countries," the Russian Foreign Ministry added.