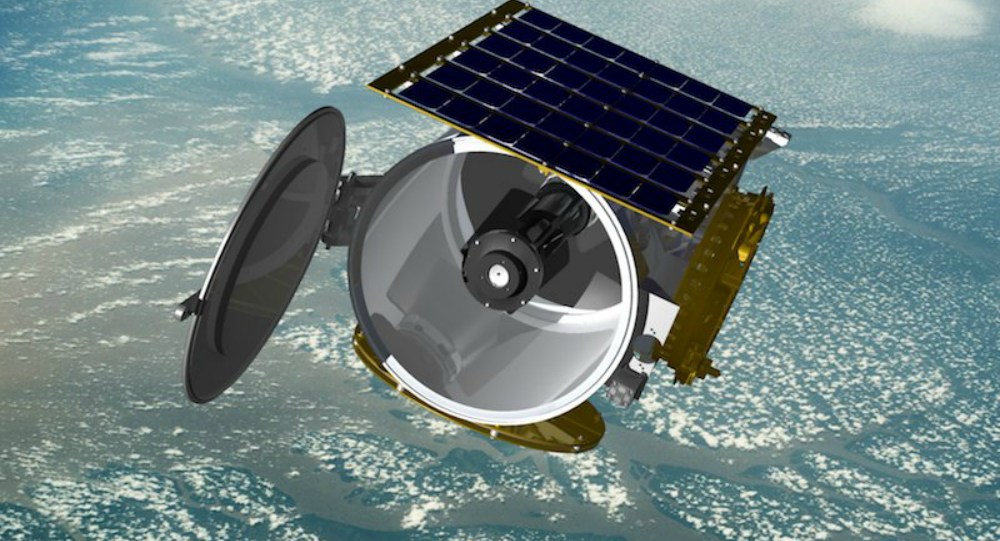 The satellite is said to be operating in geostationary orbit, in the same area where the vast majority of Earth's communications and television broadcasting satellites are situated.

Astronomers from the Irkutsk-based Institute of Solar-Terrestrial Physics have spotted a new class of manoeuvring satellite, with their findings published in a new report released ahead of a Moscow conference dedicated to space debris.

The researchers promised to provide more information about the mystery device, spotted at the Sayan Solar Observatory in eastern Siberia using the AZT-33IK optical telescope, during the conference itself, which is set to kick off on Wednesday and run until Friday.

The orbital device is said to be a micro-class satellite capable of manoeuvring between other satellites. For now, the scientists said, all they could reveal was that their findings have allowed them to pinpoint the activity of such devices and register the end of their operations.

© CC0
US Satellites REVEALED to Have Secretly Approached Russian, Chinese Spacecraft
Earlier this year, Sputnik reported on Russian surveillance systems' detection of the separation of two space vehicles from a large US military satellite in geostationary orbit, with the objects successfully tracked by Russia's Automated Warning System for Hazardous Situations in Outer Space.

Earlier this month, the Secure World Foundation, a Washington-based think-tank, reported on the details of the US's secretive Geosynchronous Space Situational Awareness Program, whose mission apparently includes approaching and monitoring Russian, Chinese, Pakistani and Nigerian satellites using their own crafts' onboard manoeuvring engines. The think-tank did not clarify what the US was doing with the information gathered.

In 2017, the Russian Defence Ministry announced the launch of its own Kosmos 'Orbital Inspector' satellite, with the US State Department claiming the device could be some sort of space weapon and saying it was engaged in "very abnormal behaviour." The State Department admitted that it had "no way" of verifying its 'space weapon' claim.