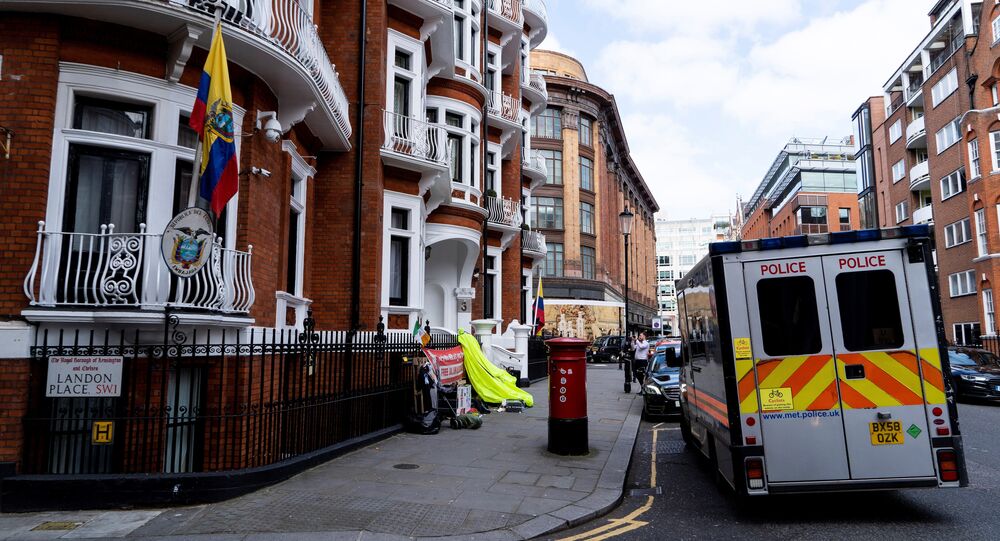 CARACAS (Sputnik) - Ecuadorean Ombudswoman Gina Benavides on Sunday condemned the decision by her country's authorities to revoke the citizenship of founder of the WikiLeaks whistleblowing website Julian Assange and withdraw his political asylum.

"The office of the ombudswoman of Ecuador, as a national human rights institution, is deeply concerned over the decision made by the Ecuadorian state to deprive Julian Assange of his citizenship and diplomatic asylum at the Embassy of Ecuador in the United Kingdom", Benavides said in a statement.

Benavides noted that although, according to the Ecuadorean Foreign Ministry, this decision was allegedly based on the principle of state sovereignty, "it is important to note that sovereignty is not absolute when human rights are at risk".

The ombudswoman stressed that the Ecuadorean government's decision could entail the international responsibility and set an alarming precedent for the protection of persons granted asylum and for Ecuadorians abroad.

© REUTERS / Henry Nicholls
Assange's Arrest: It's Confirmation That We Live in a Tyranny - Analyst
The statement comes after Assange was arrested on 11 April at the US request at the Ecuadorian embassy after his political asylum had been revoked. The WikiLeaks founder, who has become famous for leaking classified US government data, now faces extradition to the United States on computer hacking charges and could get up to five years in jail.

Assange took refuge in the embassy back in 2012 after the United Kingdom granted his extradition to Sweden, where the whistleblower was accused of sexual offences, which he denied and called politically motivated. The charges were dropped a few years back.