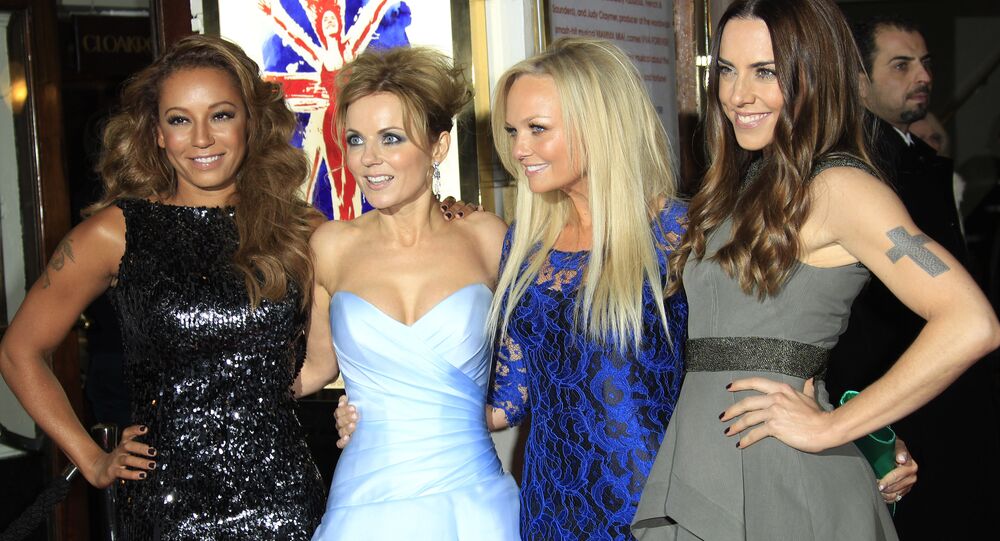 While one source claimed that “no way more worldwide dates will be added” to the Spice Girls' tour, a representative for the band insisted that reports of their upcoming world tour being scrapped are untrue.

The upcoming world tour could be cancelled due to revelations about an alleged lesbian fling between two of the band's members, the Mail on Sunday reports.

According to the newspaper, the band’s plans for a series of lucrative concerts to be held after the end of their UK tour were thrown into jeopardy after Mel B claimed she had a fling with her bandmate Geri Horner, though the latter denied her allegations.

"It has been a hugely dramatic week. At one point last Sunday, the tour wasn’t happening”, a source told the newspaper. "They agreed that they had to do the British dates because they are under contract and they don’t want to let their fans down, but there won’t be any more. There had been plans to keep it going but no more."

© Photo : Kura.kun
'What You Really, Really Want?' Twitter Erupts as EU Official Trolls UK Over Brexit With Spice Girls Lyrics
The Grazia magazine also noted that other band members, namely Emma Bunton and Mel C, are now trying to salvage the tour, with one source claiming that "all the girls are prepared for more epic rows".

"At the moment Geri doesn't even want to be in the same room as Mel B. There's no way more worldwide dates will be added", the source said.

However, a representative for the band dismissed these claims, telling the Sun that the story is "inaccurate and factually untrue".

When news of this development hit social media, a number of netizens seemed pleased by the alleged tour’s cancellation.

​And there also were those who wanted to make it clear in no uncertain terms exactly how much they cared about this whole story.