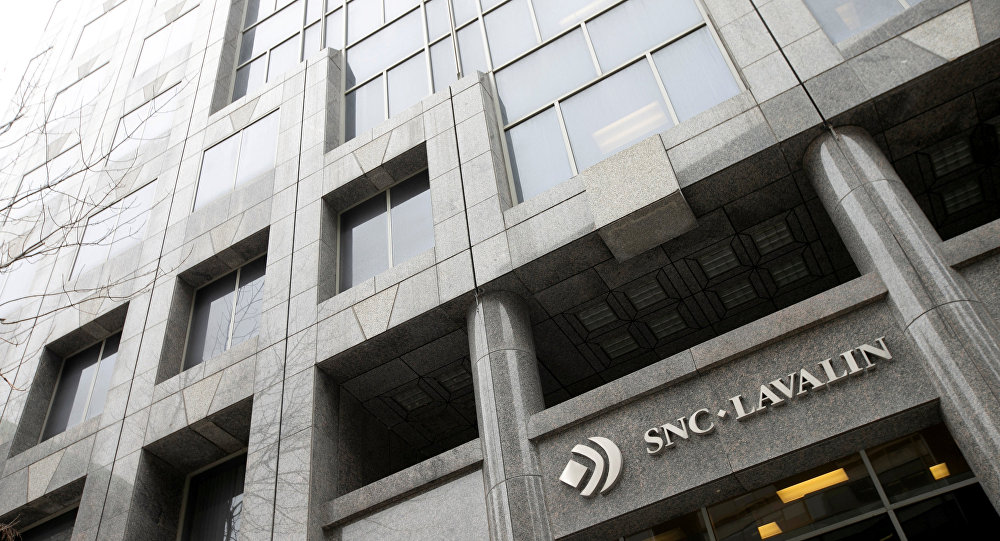 The aide sought to convince the former attorney general to opt for monetary fine over criminal conviction for SNC-Lavalin.

Jody Wilson-Raybould, the former Justice Minister and attorney general of Canada, has released Friday a secret tape recording of a conversation that took place in December 2018 proving that Trudeau administration attempted to exert pressure on her in SNC-Lavalin case, Fox News reported.

On the recording, Michael Wernick, Prime Minister Justin Trudeau's aide, can be heard saying Trudeau is "determined, quite firm" to avoid criminal prosecution of the company that could put 9,000 jobs at risk, the report says.

Wernick also can be heard saying it's not good for Wilson-Raybould to be at "loggerheads" with the prime minister.

© REUTERS / Chris Wattie
Third Top Official Steps Down to Avoid Aftermath of Trudeau's Corruption Scandal
The aide said that Trudeau feels the government has to do "everything it can" to save 9,000 jobs of people working at SNC-Lavalin. Should the company face criminal prosecution and be convicted, it will no longer be able to receive government contracts, Fox says. Trudeau was urging Wilson-Raybould to opt for a legal option known as "deferred prosecution," under which a company pays a fine but avoids criminal conviction.

"I think he is going to find a way to get it done one way or another. He's in that kind of mood. I wanted you to be aware of that," Wernick is heard saying.

In response, Wilson-Raybould can be heard saying that this kind of pressure is "entirely inappropriate," calling it a "political interference."

Wernick responded by saying that Trudeau is mulling bringing in Wilson-Raybould to consult with her on the issue, adding that "this is not interference."

Wilson-Raybould was removed from her position as attorney general as a part of Trudeau's Cabinet reshuffle in January. She says she believes she lost her job because she did not surrender to "sustained" pressure from the Administration.

© AP Photo / Evan Vucci
Trudeau: There Was Never Any Inappropriate Pressure Placed on Ex-Justice Minister
In her written submission released with the tape, the former attorney general says she only took the "extraordinary and otherwise inappropriate step" of recording the conversation secretly, because she feared the conversation to exceed ethical boundaries and wanted to have hard evidence.

"This is something that I have never done before this phone call and have not done since," she wrote.

Trudeau weighed in the case of SNC-Lavalin, a construction company entangled in several criminal proceedings from earlier years. Trudeau, who considers the company vital to Canadian economy, sought to keep it afloat. However, the scandal surrounding the issue has severely threatened Trudeau's chances in the fall election and has already led to the resignation of two ministers and two Trudeau's aides.