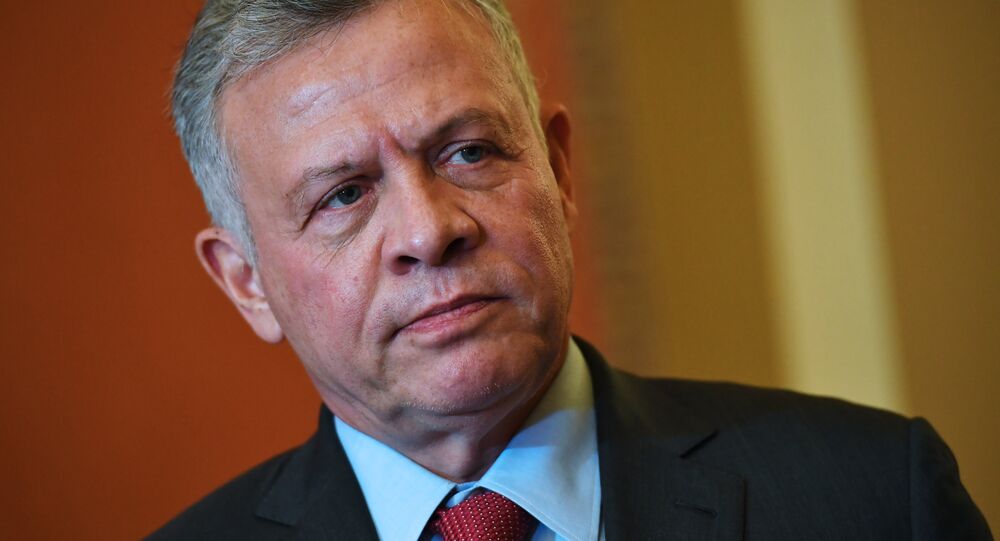 AMMAN (Sputnik) - Jordan’s King Abdullah II canceled on Monday his scheduled visit to Romania following a statement by the Romanian prime minister on moving the embassy in Israel from Tel Aviv to Jerusalem, a statement published on the king's official website said.

"The Royal Hashemite Court said His Majesty King Abdullah has decided to cancel a visit to Romania that was scheduled to start Monday. The decision came in solidarity with Jerusalem, following Romanian Prime Minister Viorica Dăncilă’s remarks on Sunday, expressing the intention to move her country’s embassy to Jerusalem," the statement said.

© CC0
Honduran President Calls Jerusalem Israeli Capital, Opens Trade Office
The program of the canceled visit included the king's meetings with Romanian President Klaus Iohannis, members of the country's parliament, as well as a meeting of representatives of the private and public sectors of both countries.

On Sunday, Romanian Prime Minister Viorica Dancila announced that the country’s embassy in Israel would be moved from Tel Aviv to Jerusalem. The prime minister noted that this decision was made following the completion of an analysis by all constitutional actors involved in the decision-making process in Romania.

On April 25, 2018, the Romanian government launched a process of analysis and assessment of possible moving of the embassy from Tel Aviv to Jerusalem. However, the country's president said that relocating the embassy would breach international law and damage Romania’s interests in the region.

Both Israel and Palestine see Jerusalem as their capital, and the status of the holy city has long been regarded as a matter that must be resolved through a Palestinian-Israeli peace process. In May, the United States relocated its embassy in Israel from Tel Aviv to Jerusalem, provoking a huge backlash in Palestine, the Arab world and number of other nations opposing any unilateral moves with regard to the holy city's status.

US to Merge Jerusalem Consulate With Embassy on Monday - Report