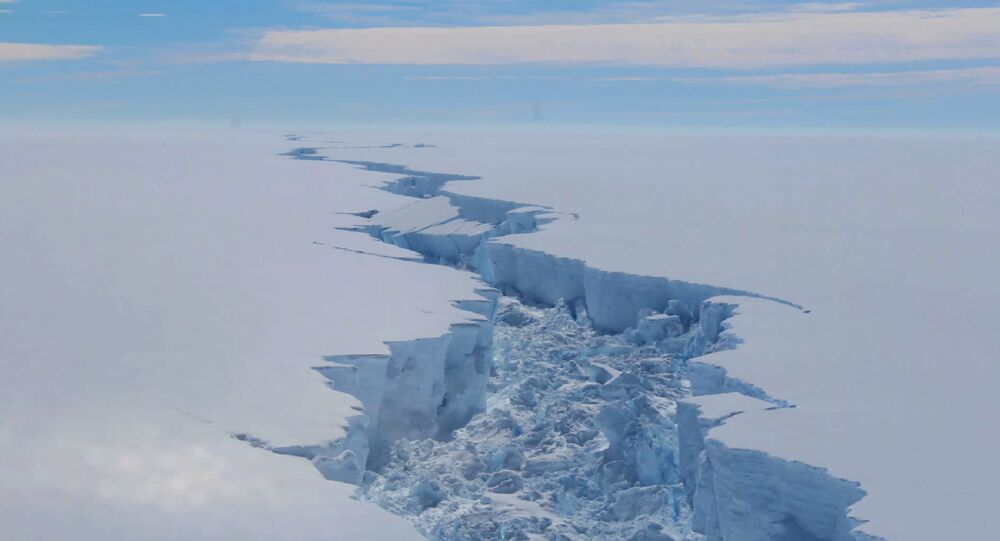 Last month NASA released new images of Antarctica’s Brunt Ice Shelf that exposed cracks poised to trigger a break-off of a massive iceberg with an estimated area of 1,700 sq. km, which is proportionate to two New York Cities.

The UK has shut down its Antarctic Survey’s Halley Station following NASA’s fearsome reports, suggesting that an ice shelf 30 times the size of Manhattan is likely to break away from the mainland, prompting safety concerns for people working at that base.

READ MORE: Iceberg 30 Times Size of Manhattan About to Break off From Antarctic Ice Shelf

Even though the growing rift is said to be closer to the sea than the Halley base, researchers decided to leave it since they cannot be certain that it would be unaffected by the potential break-off. Moreover, they didn’t want to leave the base occupied in the event the staff needed to be evacuated in tough winter conditions.

“What really matters is what happens upstream of the chasm where Halley is situated. We have a network of about 15 GPS stations across the ice shelf surrounding Halley and their data is essentially broadcast to us every say with one day’s lag. And although, yes, down by the crack, there are changes – up by Halley, we’ve actually seen very little deformation of the ice”, BAS Science Director David Vaughan was cited as saying by the BBC.

Satellite imagery released by NASA last month revealed a chasm known as Halloween crack that has been extending eastward since October 2016 from an area known as the McDonald Ice Rumples.

Another crack, which was stable for over 35 years, has recently started growing northward at staggering rates, reaching up to 4 km per year.

When the rift finally cuts all the way across, the Brunt Ice Shelf will lose around 1,700 sq. km of ice.