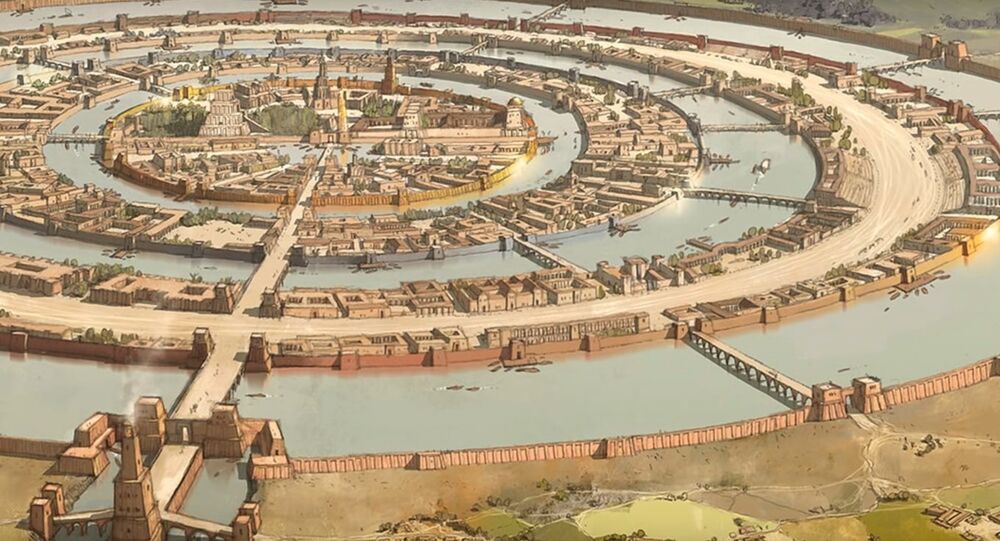 A Biblical researcher and writer believes the sunken city of Atlantis never disappeared, and that its remains can still be found in the Holy Land.

Ryan Pitterson, a researcher and writer who focuses on ancient Hebrew thought and theology, claims that there are certain links between Plato’s tale of the lost city of Atlantis and the stories of Biblical giants known as the Nephilim.

The Nephilim were the offspring of the “sons of God” and the “daughters of men”, meaning they were half-human, half-angelic creatures. Atlantis, described by ancient Greek philosopher Plato in around 350BC, was a mythical island that sunk somewhere in the Mediterranean Sea or the Atlantic Ocean after suffering a devastating natural disaster.

© AP Photo / Nasser Nasser
Turin Shroud May Imply Biblical Caves Were 'Gates to Heaven', Theorists Claim
Speaking on American radio, Pitterson said the story of the Nephalim matches the tale of the Greek god Poseidon, who was said to have fathered children with a human woman in Atlantis.

The researcher, who wrote the book “Judgement of the Nephilim”, is convinced that Plato's description of Atlantis matches biblical records of the mysterious Israeli stone structure, Galgal Refaim (“wheel of ghosts”) or Gilgal Refaim (“circle of giants” in reference to a biblical race of giants) in Hebrew.

"One example that really stood out for me is Plato's description of Atlantis. It's almost remarkable how similar it is to Ezekiel 31, which describes the rise of this fallen angel spawning many children and having a kingdom with an abundance of resources and rivers as well as a military power and then having it crumble. In Plato's account, it was the Greek god Poseidon who fell in love with a human woman and impregnated her”, he said on US radio.

“So right from the onset, it was a god coming to an Earthly realm and conceiving a child with a human woman in the same fashion of Genesis 6. Atlantis is described as having all sorts of great minerals — gold, precious minerals — and in a biblical account in Genesis 2, we're told the rivers that ran out of the Garden of Eden encompassed the whole line of Avila", Pitterson  explained.

The Real Atlantis: Life on a Sinking Indian Island

We’ll Build a Wall, and Make Atlantis Pay For It!