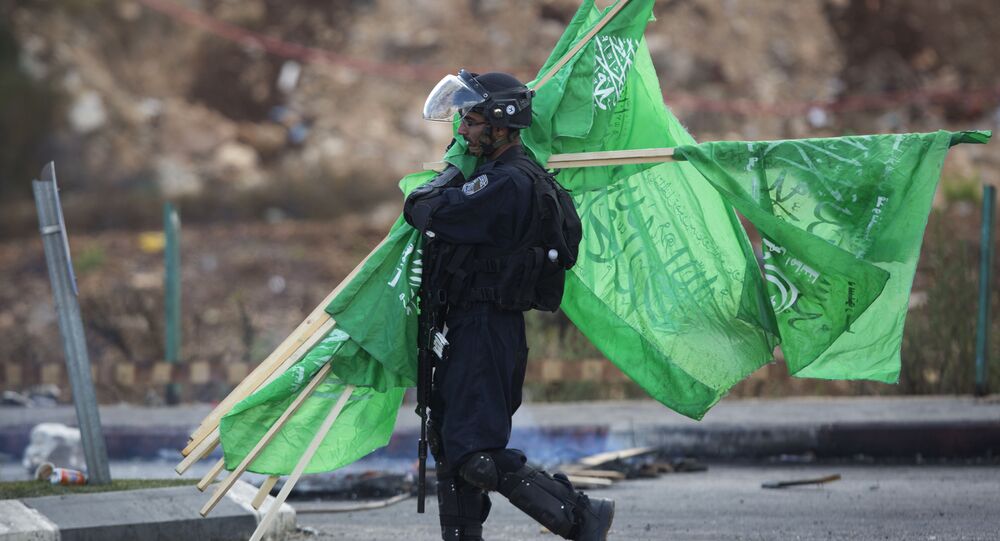 TEL AVIV (Sputnik) - Israeli Minister of Transportation and Intelligence Yisrael Katz has called the ongoing intra-Palestinian meeting in Moscow, in which Hamas, a group Israel considers to be a terrorist organization, is participating, a mistake.

"The conference with the participation of Hamas is a mistake. Hamas is a radical Islamist terrorist organization that refuses any political settlement, despite the fact that Israel left the Gaza Strip, moving beyond the 'green line' [internationally recognized border]. Russia, a country that is fighting radical Islamist terror everywhere, is making a mistake by giving legitimacy to this organization," Katz told journalists.

The third intra-Palestinian meeting in Moscow started on Monday and will last through Wednesday. The negotiating parties were received by Russian Foreign Minister Sergei Lavrov on Tuesday. The summit is being held at the Institute of Oriental Studies of the Russian Academy of Sciences in Moscow.

© REUTERS / Ibraheem Abu Mustafa
At Least 5 Hurt in Gaza Strip Blast - Palestinian Ministry
Mousa Mohammed Abu Marzook, the deputy chief of the Political Bureau of the Hamas, heads the movement's delegation at the Moscow talks, which is devoted to finding ways to overcome the ongoing intra-Palestinian split.

In 2005, following the withdrawal of Israeli forces from Gaza, the Palestinian National Authority — a governing body for both the Gaza Strip and the West Bank — took control of both enclaves. But the unity within the Palestinian Authority did not last long and a conflict erupted between Fatah and Hamas in 2006, resulting in the split of the authority and Hamas taking over the Gaza Strip. The West Bank is still controlled by Fatah.

Russia is one of the mediators in both the Israeli conflict and the intra-Palestinian talks. US President Donald Trump's administration has meanwhile also been working on its peace plan for Israeli-Palestinian settlement for months. The Palestinians later rejected Washington’s involvement in the conflict settlement after Trump recognized Jerusalem as the capital of Israel and moved the US embassy there in May 2018.

The United States did this in spite of the fact that the United Nations has recommended diplomatic missions not be established in the city until its legal status is settled.