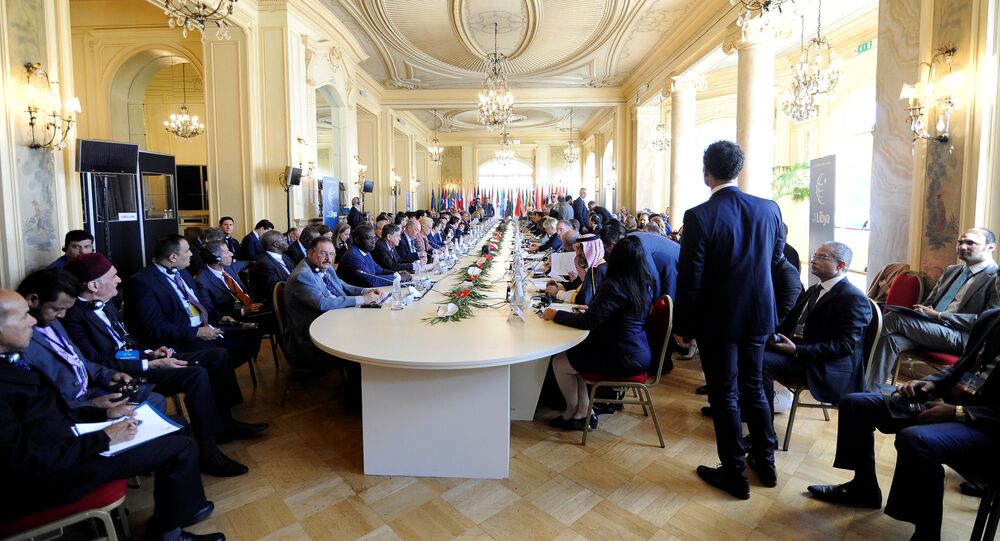 The Conference for Libya taking place in Palermo, Italy, has drawn leading Libyan political actors, as well as politicians from other countries. The conference began on 12 November and is being attended by delegations from some 38 countries and international organizations.

According to an official statement by Turkish Vice President Fuat Oktay, Ankara has withdrawn from the Palermo Conference for Libya with "deep disappointment."

"Unfortunately, the international community has failed to convene today. The crisis in Libya won't be resolved if certain countries continue to undermine the [peace settlement] process for the sake of their own interests," he said.

According to the statement, the withdrawal was prompted by Turkey's exclusion from a meeting of key players taking part in the conference. Oktay said that any meeting that doesn't include Turkey is destined to be "counter-productive for the solution of the problem." He also emphasised that it would be best for Libya if foreign intervention in its internal affairs was reduced, not increased.

"The informal meeting held this morning with a number of players and having them presented as the prominent protagonists of the Mediterranean is a very misleading and damaging approach which we vehemently oppose," the statement said.

Italian Prime Minister Giuseppe Conte, who organised the conference, has expressed regret at the Turkish delegation's decision to pull out of the event.

The two-day Conference for Libya, which began on 12 November in Palermo, has gathered representatives from 38 countries and international organizations, including Russia, the US, Egypt, Tunisia, Turkey, as well as representatives of many rival Libyan factions fighting for power in the country.

Libya has been in turmoil since its long-time leader, Muammar Gaddafi, was overthrown and killed in 2011. The country is currently divided between two governments — the eastern part, controlled by the Libyan National Army (LNA), and the western part, governed by the UN-backed Government of National Accord. Both the leader of the LNA, Khalifa Haftar, and the head of the Government of National Accord, Fayez Sarraj, are present at the talks in Palermo.