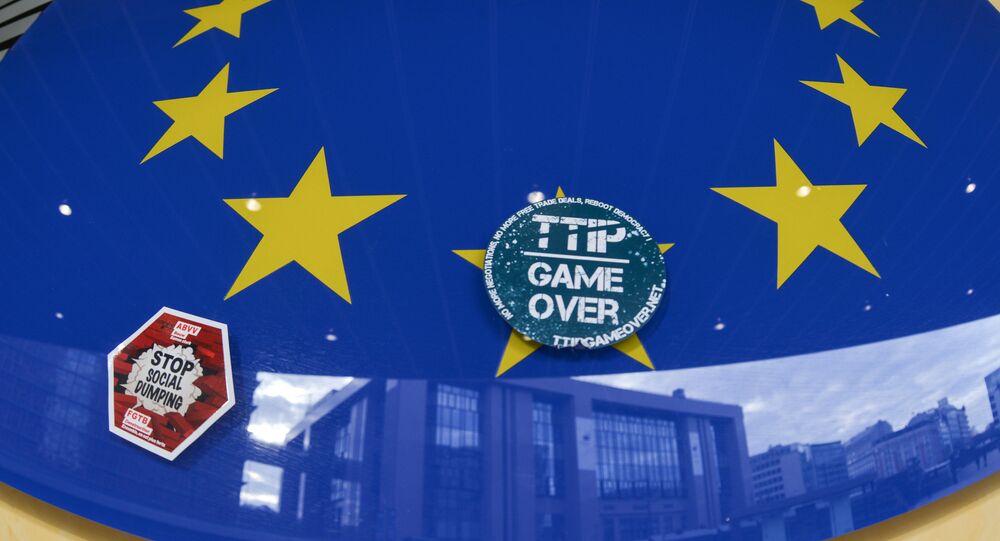 Earlier, the United States re-imposed a second portion of sanctions against Iran, with the latest measures concerning the country's oil exports among other things.

The European Union has stepped up work on the creation of a special mechanism that will facilitate trade with Tehran amid US sanctions, Maja Kocijancic, the European Commission's spokeswoman for foreign affairs and security policy, said at a press briefing on Wednesday.

"The work on setting up the SPV, or the special purpose vehicle, is continuing, and is actually accelerated," Kocijancic said.

She specified that the mechanism would enable European exporters and importers to pursue legitimate trade with Iran.

"We've noted the decision of the SWIFT, and we find this decision, or rather the disconnection, regrettable as it risks affecting the integrity of the international financial system. We as the European Union remain committed to supporting the Iran nuclear deal, the JCPOA, as a matter of our own security, and will therefore continue to seek to preserve the benefits that arise from this agreement," Kocijancic said.

The SWIFT banking network announced on Monday it had suspended several Iranian banks from its service in light of Washington's move to reimpose nuclear sanctions on Tehran.

© AP Photo / Brendan Smialowski
EU Remains Committed to Iran Nuclear Deal Amid US Sanctions - Spokesman
In May, US President Donald Trump announced that the United States would withdraw from the Iran nuclear agreement and re-impose sanctions against Tehran that were lifted under the accord.

As the United States announced that it would withdraw from the deal and reinstate sanctions against Iran, other participants of the JCPOA, including Iran itself, China, Germany, France, Russia, the United Kingdom and the European Union, reaffirmed their commitment to the agreement.

Earlier, EU foreign policy chief Federica Mogherini and the foreign ministers of France, Germany and the United Kingdom said in a joint statement that as parties to the JCPOA, they would continue to work with Russia, China and third countries to preserve effective financial channels with Iran.