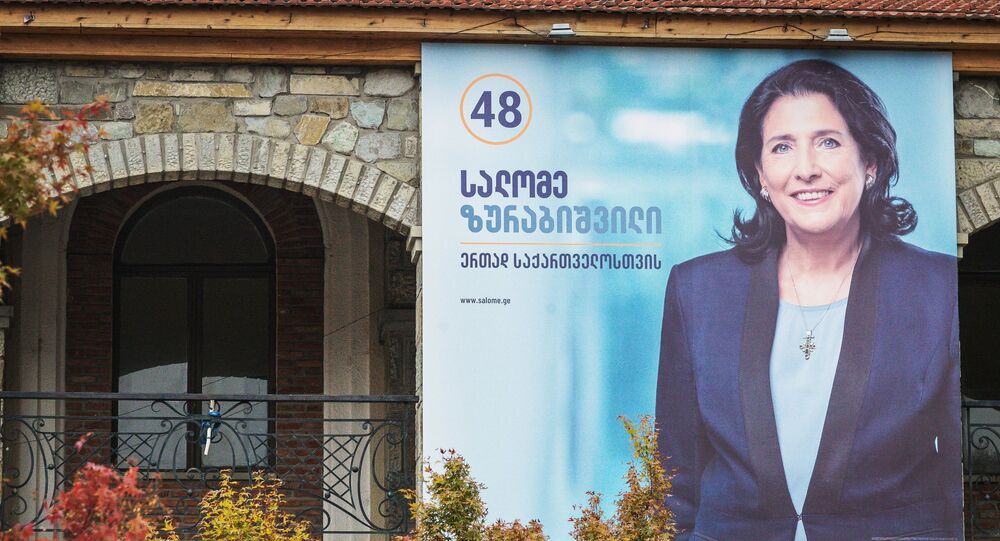 Georgia to Hold Second Round of Presidential Election - CEC

TBILISI/MOSCOW (Sputnik) - The final turnout in the presidential election that was held Georgia on Sunday has amounted to 46.74 percent, marking a slight increase compared to the 2013 presidential election, the Georgian Central Election Commission's spokeswoman, Ana Mikeladze, said.

© Sputnik / Alexander Imedashvili
Exit Polls in Georgia Show Election Frontrunners Tied, Second Round Possible
Georgia will hold second round of presidential election as candidates have failed to gain required 50 percent of votes, the Georgian Election Administration said on Monday after 98 percent of votes were counted.

Salome Zourabichvili, an independent backed by the ruling Georgian Dream has received 38.6 percent, while his rival Grigol Vashadze from the main opposition party got 37.7 percent. They both qualify for the second round, according to the administration.

This presidential election in Georgia is last when the country's leader is elected directly by people. All following presidents will be chosen by a special panel consisting of 300 electors. Given these changes, the president who will be elected this year will spend six years in the office instead of five.