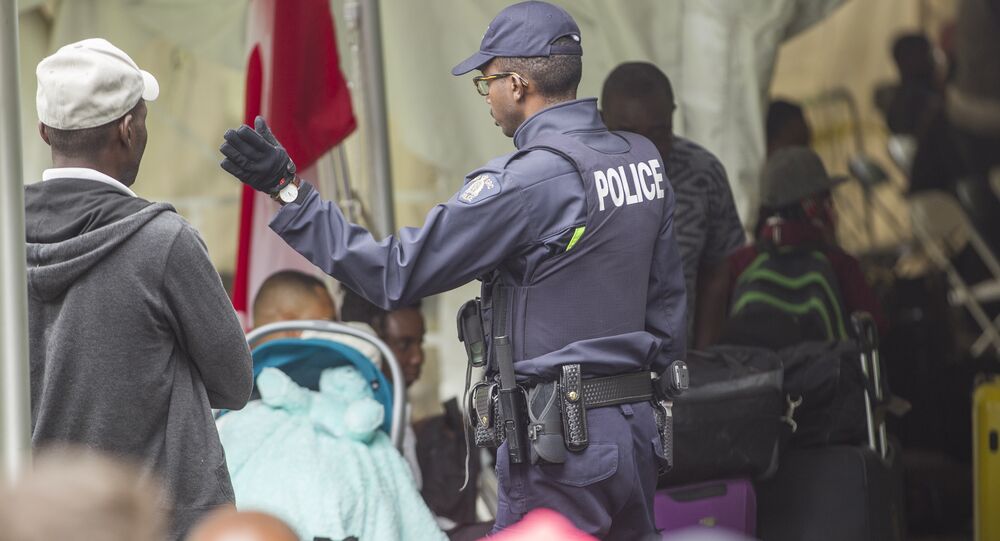 The Canadian police are especially concerned about a potential rise of refugees from El Salvador as some illegal migrants may be involved with the infamous groups MS-13 and 18th Street Gang.

Security checks on illegal migrants flooding into Canada may be "incomplete" due to the high amount of migrants from the United States, the Royal Canadian Mounted Police (RCMP) reported.

"The surge of illegal (between the ports) migration into Canada in summer 2017 placed a considerable strain on Canadian border and immigration resources. The screening of these subjects through CPIC, NCIC, Interpol and PROS — time permitting — provides an incomplete security portrait, as subjects might hold records of criminal activity within local databases of their countries of origin. The RCMP requires access to local holdings to improve the detection of previously affiliated crime/gang members attempting to illegally enter Canada," a January 2018 report said.

© REUTERS / Chris Wattie
Canada Pleased to Join Request to Refer Venezuela Government to ICC - Trudeau
The new wave in migrants to Canada began in 2017 shortly after US President Donald Trump stated that he would withdraw temporary protected status for individuals living in the US from a number countries, including Haiti and El Salvador.