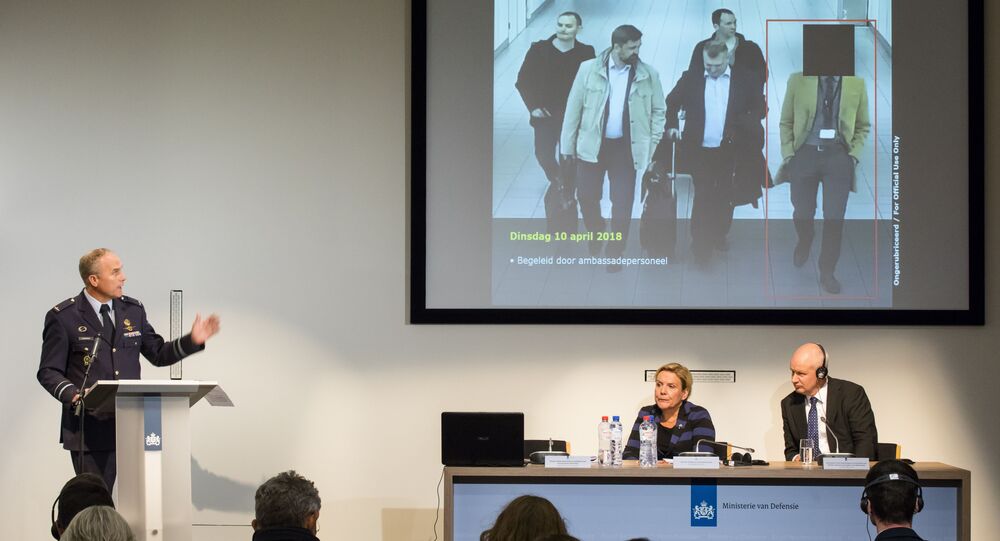 BRUSSELS (Sputnik) - Russian hackers who allegedly sabotaged the computer systems of the Organisation for the Prohibition of Chemical Weapons (OPCW) in the Netherlands may be responsible for stealing a confidential report on Ukraine from the Belgian Foreign Ministry in 2014, the Belga news agency reported on Friday.

According to the Belga news agency, the Belgian federal prosecution is investigating the incident, but the suspects have not been officially announced yet.

The investigators believe that the group, allegedly involved in the cyberattack on the OPCW and the 2016 hack of the US Democratic Party emails, may also be responsible for stealing the diplomatic report, the media claimed.

The group is reportedly suspected to be part of the APT28 team, also known as Fancy Bears.

On Thursday, Dutch Defense Minister Ank Bijleveld announced that four Russian citizens had been expelled from the Netherlands on April 13 on suspicion of an attempted cyberattack on the OPCW, adding that the suspects had diplomatic passports.

© AP Photo / Peter Dejong
'Spy Mania': Moscow Slams Netherlands' Claims of Russia's Attempted Hacker Attack on OPCW
The Dutch accusations prompted an immediate reaction of the Western states, including NATO and the EU. UK Prime Minister Theresa May and her Dutch counterpart Mark Rutte said in a joint statement on Thursday that the cyberattacks allegedly committed by the Russian military intelligence service showed disregard for global values and rules.

The Russian Foreign Ministry, in turn, has said that the anti-Russian "spy mania campaign" unleashed in the Netherlands seriously harms bilateral relations with Moscow. The ministry added that Moscow has not and will not launch such attacks, as it has no reason to do so.